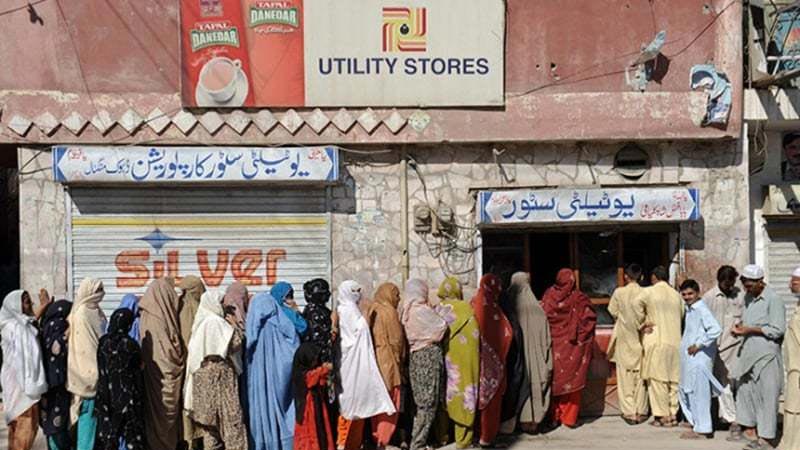 The federal government on Friday decided to immediately provide Rs 6 billion to the Utility Stores Corporation (USC) to ensure the provision of basic commodities to the masses on subsidised rates.

The decision was taken during a meeting held here with Prime Minister Imran Khan in the chair regarding reduction in the prices of daily use items and providing relief to the people.

The prime minister said with provision of relief to the masses as its foremost priority, the government is fully striving to give special relief to the low income people and the poverty-stricken families. He said with the economic indicators showing improvement, the economy has stabilized due to hard decisions taken by the government in difficult economic situation. The coming days, he added, will witness further improvement in the economy.

The prime minister said despite difficulties the government will continue to make every possible effort to provide relief to the masses. He directed the Utility Stores administration that after the provision of Rs 6 billion by the government, it should ensure the provision of basic essential commodities to the people as soon as possible.

The prime minister was told that the immediate provision of funds by the government will enable the Utility Stores to reduce prices of various essential commodities, including wheat flour by Rs 132 per 20 kg bag, sugar by Rs 9 per kg, ghee by Rs 30 per kg, rice by Rs 20 per kg and pulses by Rs 15 per kg.

He was also briefed in detail about the measures being taken to check corruption at the utility stores, embezzlement of goods, and to ensure the ample provision of essential items to masses. The prime minister was told that complete transparency in the whole process from the procurement of goods in bulk to their transportation to warehouses and the onward supply to the utility stores after special packing was being ensured. He was further told that the purpose of those measures is not only to check corruption at the utility stores but also ensure the quality of goods. The prime minister directed the USC to use information technology for complete elimination of corruption from the Utility Stores.

Meanwhile, Prime Minister Imran Khan Friday directed the authorities concerned to finalise the proposal for establishing trade markets in the frontier regions of Khyber Pakkhtunkhwa and Balochistan to provide employment opportunities to the people as an alternative to the smuggling.

Chairing a meeting to discuss the proposal of the trade markets, the prime minister appreciated the idea and called for its early finalization to ensure timely execution of the project.

The prime minister was briefed in detail about the steps being taken to curb the smuggling in the frontier regions, particularly the western parts, and the proposal to establish the trade markets in those areas as an income source for the people in place of the smuggling.

In his remarks, the prime minister said being a scourge to the national economy, smuggling does not only damage the national resources and income but also the industrial sector. He said it is the government’s priority to curb smuggling but at the same time it is also alive to the economic problems being faced by the people of the frontier regions, particularly the youth.