The JUI-F chief said that the “unlawful” government should be made to leave. “Which power is it that brought it [the government] to power?” he further asked.

Commenting on the DG ISPR recent statement, Fazl said that he welcomes his statement. 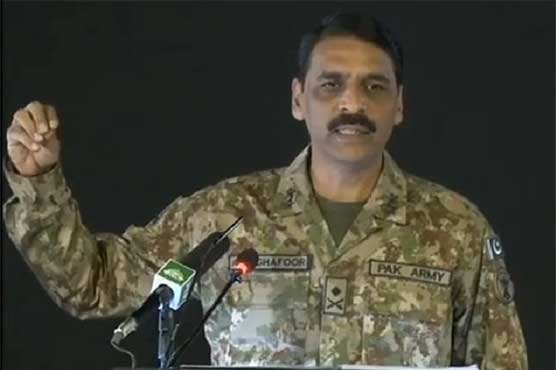 “I welcome the statement of DG ISPR in which he said that the army is an impartial institution and it wants to remain impartial,” the JUI-F chief said.

“May Allah bless you with steadfastness,” he added.

In his televised comments, the DG ISPR said that the army is an impartial institution and it has nothing to do with politics.

Earlier, speaking to a private channel, the DG ISPR had said the JUI-F chief should tell which institutions was he referring to in his speech to Azadi March protesters in Islamabad.

“Maulana Fazl should take up his reservations with the concerned institutions,” said the DG ISPR.