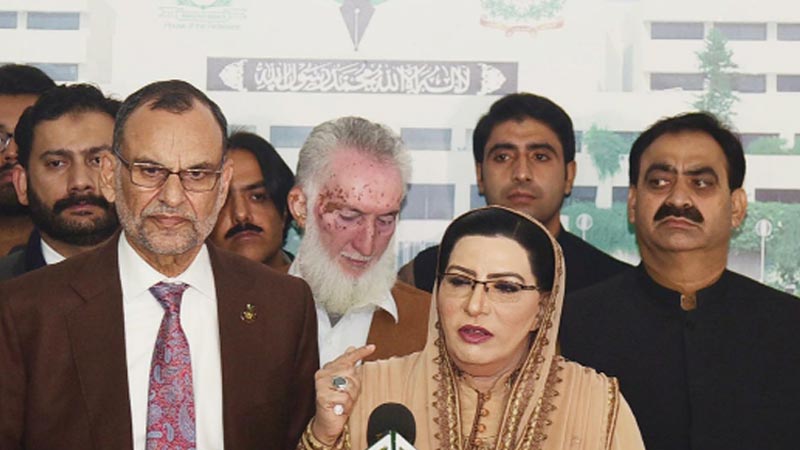 Punjab Assembly Speaker Chaudhry Pervaiz Elahi on Thursday said he will convey a ‘good news’ to the nation very soon regarding negotiations between the government and the opposition over Azadi March.

Speaking to reporters after meeting JUI-F chief Fazlur Rehman yet again, Elahi said, “We are hopeful [and] things seem to be going towards betterment.” He said that many recommendations are under consideration to break the ongoing deadlock. He added he is trying his best and will continue his efforts till the matter is resolved.

Meanwhile, Defence Minister Pervez Khattak, head of government’s negotiating team, has said that the deadlock between the government and the opposition is over PM Imran’s resignation and early elections in the country. Speaking to reporters, Khattak predicted that Fazl is likely to stay in Islamabad only till the 12th. “Our talks are underway with the opposition. The opposition can bring a no-confidence motion whenever they want to,” he said, adding that Chaudhry Pervaiz Elahi is only facilitating talks with the opposition and government’s negotiation committee will take any final decision. “Our members also in contact with Shehbaz Sharif and others,” he added.

Special Assistant to Prime Minister on Information Dr Firdous Ashiq Awan, meanwhile, said it is the government’s success that Fazl has turned his sit-in, which was aimed at creating anarchy in the federal capital, into a Seerat-un-Nabi (PBUH) conference. The government’s strategy for maintaining law and order in the capital and protection of life and property of the citizens has made the Maulana to change his stance, she told reporters here outside the Parliament House.

Dr Firdous said the holy month of Rabi-ul-Awwal is the month of peace and brotherhood and the Maulana should, therefore, refrain from playing the so-called ‘religious card’. The Maulana is trying to achieve his personal objectives from the dharna in the name of religion, she said, adding the government is, however, open for dialogue. The government is ready to listen to the Mualana on economic, judicial, constitutional and political reforms, but it will not compromise on the country’s integrity and solidarity, she said. “Maulana Fazal-ur-Rehman is not a parliament but the parliament is for him,” she said, adding the parliament is a sacred and superior institution of the country and thus needed to be respected.

Dr Firdous said the JUI-F chief and his other leaders are enjoying the comforts of their homes, leaving their followers at the mercy of cold rainy weather, which shows a contradiction in their statements and actions. “I am very optimistic about the dialogue as the government is showing restraint, “she said, adding that Prime Minister Imran Khan did not want a clash and therefore he is sending his people for talks with the opposition.