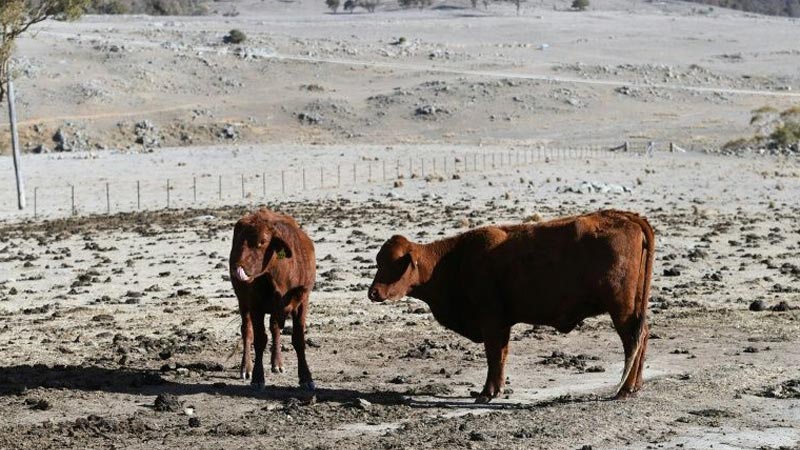 Australia announced a large aid package to help drought-parched communities Thursday, as the government faced allegations it has bungled the response to a crisis made worse by its own climate policies. Prime Minister Scott Morrison unveiled a package of low-cost loans worth around one billion Australian dollars (US$690 million), designed to help farmers struggling with the latest “big dry”. Swathes of Australia have gone months without adequate rainfall, forcing farmers to truck in water at exorbitant cost, sell off livestock or leave their land to lay fallow. The crisis has threatened whole towns and villages and Australia’s much-mythologised Outback way of life. According to Australia’s Bureau of Meteorology, the last 18 months have seen the lowest levels of rainfall on record for much of New South Wales and South Australia states, as well as parts of the Northern Territory and Western Australia. September rainfall was “very much below average for most of Australia” the bureau reported, with some areas getting 40 percent less rainfall than normal. Compounding the misery, many communities have also had to contend with bushfires that have cut through the countryside and need to be fought with already dwindling water supplies.