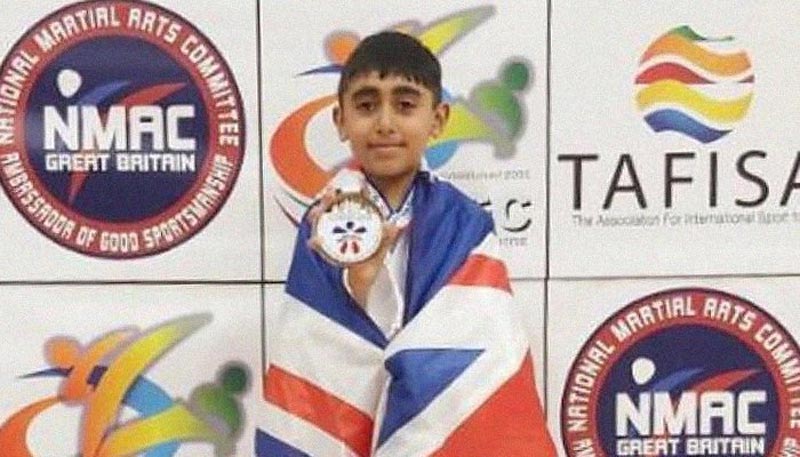 An eight-year-old won big at the World Martial Arts Championship, becoming the youngest British-Pakistani to bag all three — gold, silver, and bronze — medals at the age of just eight in London the other day. Muhammad Abubakr Farooq created history by winning a gold medal in weapons (Nunchaku), silver in fighting (Kumite), and bronze in self-defence at the event attended by participants from over 20 countries. He has previously won competitions in the Dojo Karate squad, which made him eligible for the national qualifiers in seven- to 10-year-old age category, winning silver.

Speaking to media after showing his skills at the World Martial Arts Championship — held at London’s Egham Orbit sport centre, the little fighter said: “All my success is due to my parents and my trainer at the club; they have supported me all the way through. It’s been two years here at the club and I have worked really hard,” Farooq said. “It wouldn’t have been possible without them.” The eight-year-old added that he felt proud of himself “because martial arts has given me so much confidence and it’s something I know that I’m really good at. My parents and trainer say I have the ‘fire power’ to compete any opponent anywhere and it certainly has boosted my confidence. If I am given the chance, I would love to represent both teams Great Britain and Pakistan.” The eight-year-old’s family hails from Chakwal, a small town on the outskirts of Rawalpindi.