Ali Rehman Khan — the man who made us despise Ammar!

* The story revolves around Ammar and Saba, played by Ali Rehman Khan and Sanam Baloch 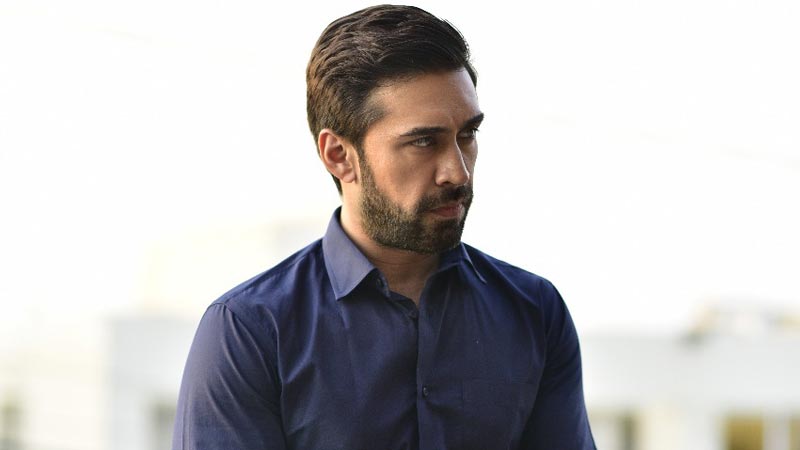 When ‘Khaas’ initially began, the audience thought that it captured marital relations like any other Pakistani drama serial.

Though, as the story progressed, people started noticing that the script wasn’t just about the usual adjustments that a couple makes, or the normal differences that they have, but it touched all the flaws of patriarchy without exaggeration.

The story revolves around Ammar and Saba, played by Ali Rehman Khan and Sanam Baloch. They belong to respectable families and get tied in an arrange marriage. Ammar’s character is skilfully played by Ali Rehman Khan who manages to strike an amazing balance between a well-educated person, a cunning husband, and an obedient boy who is the apple of the entire family’s eye. His narcissistic behaviour didn’t get unnoticed as he joked about his wife’s hands on the night of their wedding. Ammar’s self-obsession crossed limits as he cheated on her with his ex. A selfish man who couldn’t get enough of himself, Ammar pretended to be an affectionate husband in front of the world, making Saba look like an ungrateful spouse. Ali Rehman Khan nailed the role with his convincing acting and killer expressions.

When one watches Ammar emotionally abusing Saba and scheming against her to the fullest, you can’t help but loathe him. Ali Rehman Khan has done a brilliant job in portraying this complicated character – someone who appears good in front of everyone but shows his true colours to his wife. His family supports his bad habits, which has always made him feel like he isn’t doing anything wrong.

When one watches Ammar emotionally abusing Saba and scheming against her to the fullest, you can’t help but loathe him. Ali Rehman Khan has done a brilliant job in portraying this complicated character — someone who appears good in front of everyone but shows his true colours to his wife

Though, this is the kind of man that we get to see around us a lot, it is not easy to portray it on the screen, and with such perfection. Ali Rehman Khan shows all the different dimensions to his character keeping the audience’s interest alive in every episode. As the story progresses, there is always some new part of his personality getting exposed, and Khan keeps you hooked to the screen as he brings a new dynamic to the story.

Ali Rehman will surprise you with his polished acting skills as he portrayed a husband with an extremely materialistic approach who can’t stop showing off. Despite the ugliness of it, the viewers didn’t lose their interest in Ammar’s character and desperately waited for his next move. As he went back and forth making the same mistakes but never learning, the self-obsession only grew more and more, and so did the audience’s hate for his character.

The demeaning jokes in front of other people, disrespecting your partner and making her feel like a lesser being, all these problematic issues highlighted in the drama are a part of our society. The realness that Ali Rehman brought to the character is commendable, and it makes you connect to the drama in a real way.

The actor’s dynamic choice of roles urges us to appreciate his versatile acting skills. Be it small or silver screen, Ali Rehman is proving to be an asset for the industry among the younger lot. From his lead role in hit blockbusters like ‘Parchi’ and ‘Heer Maan Ja’, to his hit roles in dramas like ‘Diya-e-Dil’ and the currently on-air ‘Bewafa’, Ali is taking over our screens in different new avatars, and it has been a treat to watch him!