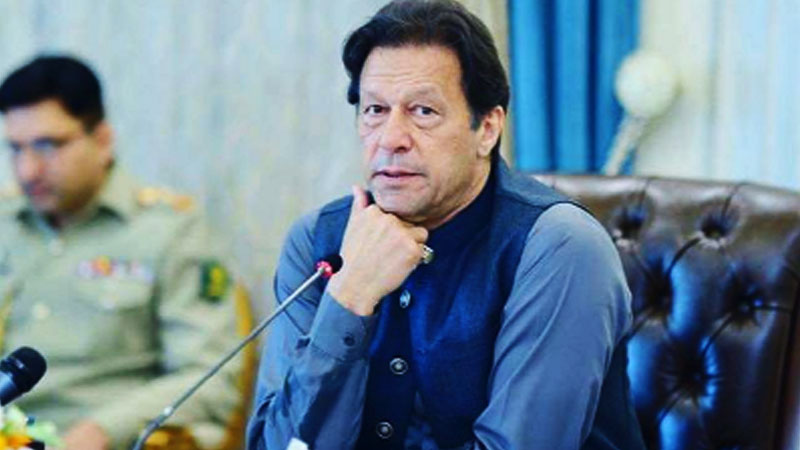 Prime Minister Imran Khan on Tuesday gave a roadmap for next three months to various departments and ministries to achieve their targets.

While chairing a meeting of the federal cabinet, the prime minister issued directions to all the ministries to make maximum efforts for completing public sector development programmes in next three months. He also directed the ministries to work on jobs creation and parallel empowerment strategies for the youth. He said he himself will monitor the progress so that decisions are made on time and red-tapism is avoided.

Prime Minister Imran Khan observed that the reforms introduced by the Pakistan Tehreek-e-Insaf (PTI) government will end politics of opponents like that of Khyber Pakhtunkhwa, where the party in its last five-year rule brought far-reaching reforms and was re-elected by the people by an overwhelming majority first time in the province’s history.

Discussing the ongoing political situation in the country, the federal cabinet expressed its satisfaction that the present positive economic indicators are a manifestation of the government’s pragmatic policies.

Flanked by Adviser on Climate Change Malik Amin Aslam, Special Assistant to Prime Minister on Information and Broadcasting Dr Firdous Ashiq Awan, while briefing media persons about the cabinet decisions, said the meeting took note of the outcome of economic policies, showing positive economic indicators. The reforms process being followed by the present government, she said, is difficult one as the beneficiaries of the old rotten system are a hurdle in its way. The prime minister has, however, assured the cabinet that the government will not back away from its reforms agenda as it aims at Pakistan’s development and progress, she added.

The cabinet was informed by Minister for Economic Affairs Hammad Azhar that the economic indicators are a proof that the economy is out of the quagmire and moving towards stability.

Dr Firdous said the cabinet was told that fiscal deficit has shown 50 per cent reduction with positive trends in foreign investment during the last year. Moreover, the stock exchange has gained 1,500 points during the past three days, which proves that the business community has not taken any negative impact of the ongoing sit-in in Islamabad. She said the circular debt is increasing by Rs 10 to 12 billion against about Rs 38 billion per month during the last regime. Pakistan’s ranking for ‘ease of doing business’ has also improved, she added.

The cabinet approved the waiver of passport and fee requirement for the pilgrims of Kartarpur Corridor. The visa-on-arrival facility will be given to the Sikh pilgrims, doing away other requirements. The policy will be applicable not only for the Sikh pilgrims but also for all the foreign tourists under the revised visa regime. Advisor to Prime Minister on Institutional Reforms Dr Ishrat Hussain apprised the cabinet on the new local government system. The cabinet directed that Islamabad’s reform process should be completed within three months and an interim arrangement should be made to introduce Punjab-type local government system in the capital.

The cabinet expressed its reservation over the audit report of National Database Registration Authority presented in the meeting and issued directions for hiring services of a well-reputed firm for fresh audit. The cabinet gave approval to the decisions taken by the Economic Coordination Committee taken in its October 30 meeting. The cabinet also accorded approval to the appointment of Director General of Rangers Punjab. Replying to a question, Dr Firdous said Nawaz Sharif’s spokesperson has requested to shift the former prime minister to the Sharif Medical Complex. The court has already issued directions to deal the matter as per requirements, she added.

To another question about establishing a university at the Prime Minister’s House, she said it will be set up in the adjacent plots.