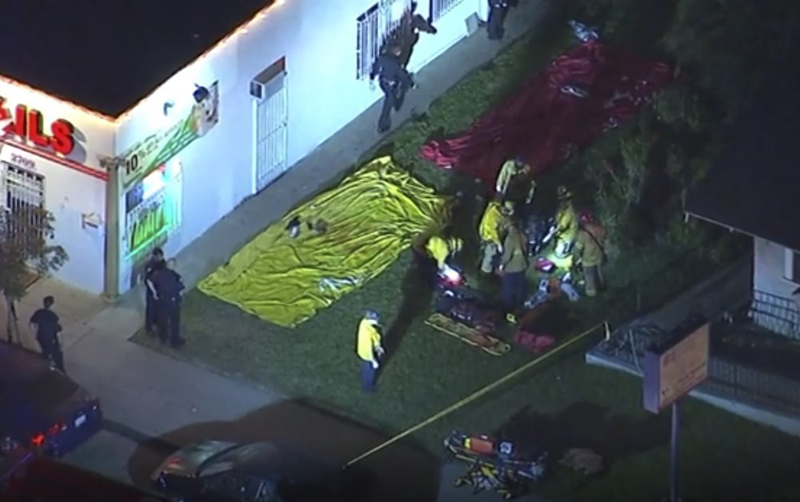 Three people were killed and nine others wounded in a shooting during a Halloween party at a home in Long Beach, California, on Tuesday night, police and fire department officials said.

The scene was filled with chaos when firefighters reached the residence, Long Beach Police Department spokeswoman Karen Owens said. One suspect had fled.

The three dead were all males in their 20’s, police said. The condition of the wounded was not immediately made available.

People at the residence were attending a party and were wearing Halloween costumes, Owens said.

The Los Angeles Times reported that some residents said they heard up to 20 shots. Homicide investigators are interviewing victims to learn more about the incident.