Resignation on opposition’s demand out of question: PM 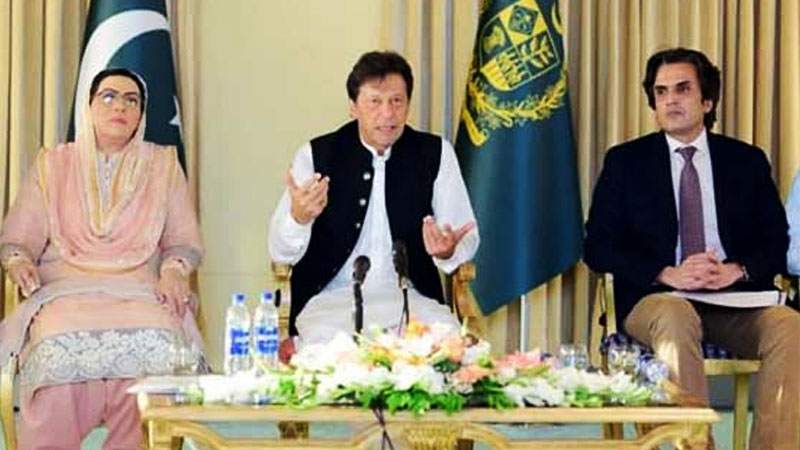 Prime Minister Imran Khan on Wednesday asserted that he will not cave into any pressure from Jamiat Ulema-e-Islam-Fazl (JUI-F) chief Maulana Fazlur Rehman, adding that his resignation is out of question.

“There is no question of my resignation and I will not resign. Dharna is based on an agenda … and it has foreign support,” the prime minister reportedly said during a meeting with senior journalists and anchor persons here at the PM Office.

Various subjects, including the situation in Indian-held Kashmir and the government’s efforts to highlight Indian atrocities against the innocent Kashmiris at the international level, measures for economic stabilisation and their results, and the political situation were discussed in the meeting.

The prime minister was of the view that the JUI-F’s plan to protest has sent a wave of joy in India. “I don’t understand what Maulana’s problem is … even his charter of demands is not clear. However, we will allow them to hold their Azadi March protest [peacefully] in Islamabad,” he added.

The prime minister said the JUI-F’s upcoming sit-in in Islamabad is completely different from the one his party staged in 2014. “We came out on streets after exhausting all possible options … which platform Maulana [Fazl] has used [to address his grievances] before coming out on streets? … attention is being diverted from the Kashmir issue because of this march. We must think who will benefit from all of this,” he said.

Repeating his NRO mantra, Imran Khan said solution of all the opposition’s woes lies in NRO. “If today I allow the arrested politicians to go abroad, everything will become hunky dory,” he remarked.

The prime minister said the present government fully believes in democratic principles and that is why it has constituted a negotiating team to hold talks with the opposition, which has full liberty to exercise its democratic right. “However, that right should be used in accordance with the country’s law, constitution and the decisions of the higher judiciary,” he added.

Talking about the Kashmir situation, the prime minister said the government will continue to make every possible effort to highlight the Indian government’s atrocities against the innocent Kashmiris on the international level.

It is due to government’s efforts that the Kashmir issue has been internationalised as the foreign media is now highlighting the situation in the occupied valley,” he added.

The prime minister said the deployment of 900,000 Indian troops in the occupied valley is meant to suppress the voice of Kashmiris through force and violence. India, however, will never succeed in its objectives, he added.

Imran Khan said after the Pulwama incident, the present government effectively exposed the false Indian claims and moves before the international community. Pakistan will continue to extend its diplomatic, moral and political support to the Kashmiris, he added.

Responding to a question about the health of former prime minister Nawaz Sharif, he said he has directed the Punjab government to provide the best medical care to him.
The prime minister said since the country belongs to all, everyone has to think about its betterment. The media is also a stakeholder in the country’s progress and development, he said, and sought cooperation of media to bring about stability in the country and tackle the challenges it is facing at present.