After the completion of construction work on 13 stations, much-awaited Orange Line Metro Train will run from October 28.

The Metro train will run between Dera Gujran to Anarkali, whereas, the concerned authorities decided to conduct its a test for running it through electricity after the completion of 13 high-voltage substations in Lahore, the provincial capital of Punjab.

Punjab Chief Minister Usman Buzdar chaired a high-level session to review the Orange Line Metro Train project and testing phase of the Metro trains through a briefing by the officials.

Meanwhile, the meeting decided to conduct a maiden test on the train powered with high-voltage electricity. The Punjab chief minister directed the concerned authorities to expedite the remaining work to make Orange Line Metro Train project functional as soon as possible to facilitate the general public. 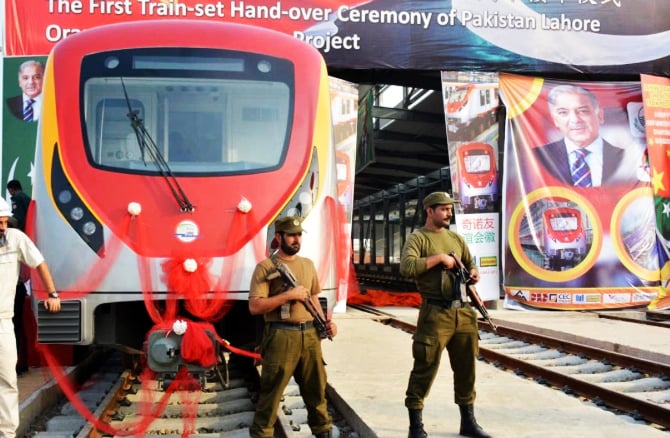 Notably, Lahore High Court had issued stay order on Orange Line metro Train project within 200-foot of 11 historical buildings.
A LHC bench comprising Justice Abid Aziz Shaikh and Justice Shahid Karim hearig the case was told by the lawyer of civil society that the project poses serious threats to archeological heritage and thus the court issue order to stop the works on the project.
Th lawyer of Punjab government Khawaja Harris argued that no law is being violated for the project.