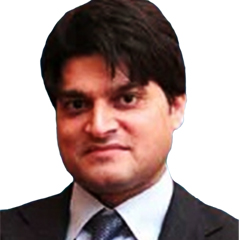 Of culture and development

Culture is chiefly described as the way of life a society or a group of particular people espouse. Culture is also referred as a communal life style stemming from particular customs and traditions and that are manifested in varying forms of art. Culture hence manifests a society’s appreciation of ideas and intellectual achievements that help embellish collective behavior. Culture, in nutshell covers a broad range of societal characteristics and forms of art.

Development is often termed as consequent state of social change. It brings together elements of growth and expansion of a society becoming socially and economically resilient. In simple meaning, the term development is referred towards a state of well-being of a society where its individuals could avail opportunities to employ their potential.

Culture and development are closely related. The debate that the higher state of development is strongly correlated with the cultural transition towards maturity came in vogue in the early 1960s. The anthropologists, economists and social scientists during the 1960s era attempted recognizing the cultural aspect as enabling and expedient factors of collective development.

The genesis got overshadowed by the fast thriving theories of economic growth of the time. The social scientists however succeeded in bringing back the cultural aspect to the lime light of development discourse during the 1990s. The recognition of culture as an enabling factor to higher state of development thus succeeded in winning massive scholarly appeal within the contemporary academic debate as well as the practice of participatory development.

The thinking that imbibed culture as an innate aspect of development process also attempted to classify societies as development oriented and/or being development resistant. The idea could be understood with a simple approach. For example, the high ratio of maternal mortality in our country is not a manifestation of an enfeebled public health system alone. It is our society’s weaker commitment towards women health too that does not invoke a stronger demand thereto. The low enrollment of girls in schools, failure of public education system, poor mass transit systems in urban centers, voluntary unemployment, – and so on – could not be accrued to the failure of our service delivery system alone. The cultural dispositions too make great contribution in fertilizing such issues on our ways towards attaining high ranks of development.

Ironically, in an attempt to grasp the nature of relationship between culture and development, one residing in our society could easily identify another type of societal disposition too. It is a development regressive society as our culture exhibits profoundly. Horrific and frequent crimes against children and women is not only a violation of our laws, our societal failure to address such issues are development regressive too. The plight of public schools is not a failure of the public authorities only; it is our society too that has failed in invoking a collective response thereto. The examples could be numerous but let’s stay to a few of them for the time being.

We can spend millions to construct opulent houses but we do not wish to collaborate with others to keep our surroundings clean. Such a culture of exclusivity has had dissuaded communalism and collectivism in our society

The foremost notable development resistant or regressive culture that is prevalent in our society is that hardly anyone takes pride in performing the assigned task, job or work. Most of the times people are seen more interested in evading their assigned duties or perform in a manner that relents worst of the quality of service or goods. Our approach towards work or duty is customized to suit to our unwillingness to take pride in the work we do. Be it monitoring to ensure the flow of urban traffic system or serving a public office to guarantee delivery of public services, we remain struggling to evade our assigned duties. Such a possibility in our culture let us brag amongst our relatives as a proud assertion that it is only the ceremonial things we were ought to perform. In case of individual entrepreneurship at private level, our culture has denounced the dignity of tailors, cobblers, carpenters, weavers, blacksmith and so on – none of the worker engaged in activities related to these ancient and highly skilled professions find it a matter of pride anymore. Every one wishes to be known as Sardar, Chowhdri, Malik, Khan etc but not a person belonging to such professions. This cultural deformation has caused us degradation in quality of our homemade products, a stark fall in the productivity of labour and dis-interest in competitiveness.

In addition to this, our culture of pretending ourselves as high rank creed than others also denotes presence of precarious intentions we espouse in our society. Such a pretentious and bragged novelty only depicts our ill-wished sense of containing and concentrating the power individually. Our society seldom approves sharing of power and credit with others. This is the reason that most of the cultural dispositions here do not demonstrate a collectivism. We can spend millions to construct opulent houses but we do not wish to collaborate with others to keep our surroundings clean. Such a culture of exclusivity has had dissuaded communalism and collectivism in our society.

All of such cultural dispositions we espouse today have terribly restricted our ability to development and prosperity. Voluntary unemployment, reliance on imported products, epidemic outbreaks and weaker citizenry – all of them – seem emanating from a culture that approves individualism instead of collectivism. These are only a few of the examples that could be cited in support of putting culture at the heart of development discourse. We have to reform our culture first if we wish to see a rapid development process in Pakistan.