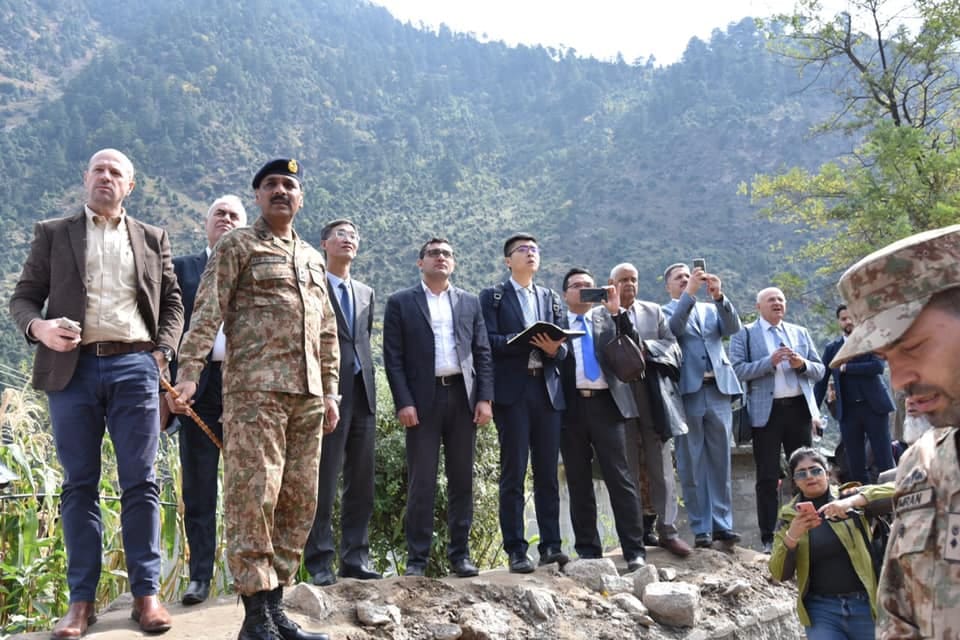 Pakistan on Monday decided to take foreign diplomats stationed in Islamabad, including Indian Deputy High Commissioner Gaurav Ahluwalia, to the Line of Control after India alleged that it had destroyed training camps during Sunday’s heavy shelling.

Inter-Services Public Relations (ISPR) Director General Major General Asif Ghafoor tweeted that they will take diplomats and media to the locations where India claimed it had destroyed three alleged militant camps in Pakistan to present the actual facts on ground to the international community. “Indians have no grounds to support false claim made by their COAS. If they don’t want to go, they have the option to share claimed targeted locations with our Foreign Office. We will take foreign diplomats & media on those given locations. Let all see facts on ground,” he tweeted.

Dismissing the Indian army chief’s claim, the DG ISPR had on Sunday offered the Indian embassy in Pakistan to take any foreign diplomat or media to prove those on the ground.

On Monday, Foreign Office Spokesperson Dr Faisal tweeted that the Indian embassy has not responded to DG ISPR’s offer, indicating that they have no ground to support the false claims made by their army chief. Taking to Twitter, Dr Faisal urged the Indian embassy to respond soon to the DG ISPR’s offer. “Indian Embassy has yet not responded to offer made by DG ISPR. It indicates that they have no grounds to support false claim by their COAS. We expect them to respond soon,” he tweeted.

Pakistan inviting an Indian envoy to tour its side of the LoC would always be a major development but the move holds even greater significance at a time when tensions between the two nuclear-armed neighbours are at a peak.

Islamabad’s move comes a day after nine Indian soldiers were killed and several others injured as Pakistan Army effectively responded to India’s unprovoked ceasefire violations along the LoC in which five innocent civilians were also martyred.

Following Sunday’s violent exchange, the Foreign Office had categorically rejected Indian media reports regarding ‘so-called launchpads’ being targeted by Indian forces along the LoC. Director General SA&SAARC Dr Faisal had summoned Ahluwalia to register a protest over the unprovoked ceasefire violations. “The Indian occupation forces, along the LoC and Working Boundary, have continuously been targeting civilian populated areas with artillery fire, heavy calibre mortars, and automatic weapons,” read an FO statement. “Heinous Indian targeting of civilians is a typical attempt by India to divert international attention from the humanitarian nightmare in IOJ&K [Indian Occupied Jammu and Kashmir],” it added. Islamabad also conveyed its willingness to arrange a visit of P5 diplomats to the alleged locations ‘to expose Indian falsehood’.