Amir, Shadab and Shaheen picked in The Hundred draft 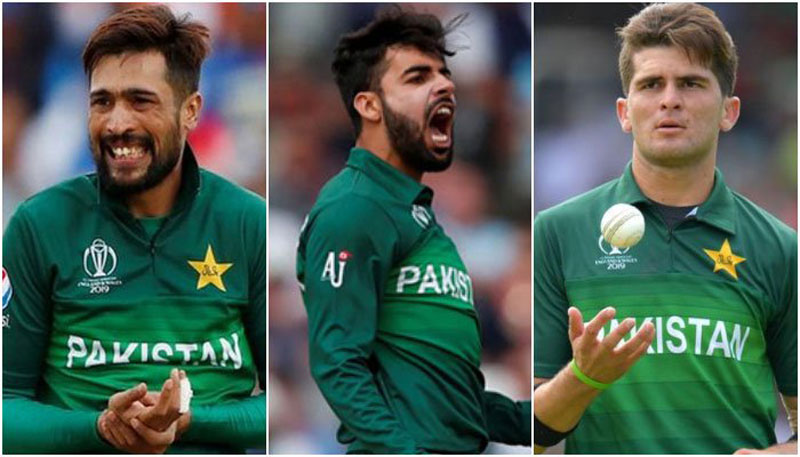 Three Pakistan cricketers were snapped up in The Hundred draft, on Sunday, for next year’s tournament. Pacer Mohammad Amir was the first of the Pakistan trio to be selected with London Spirit bagging his services. Leg-spinner Shadab Khan was picked by Southern Brave and young pacer Shaheen Shah Afridi was roped in by Birmingham Phoenix. It must be noted that 35 players were part of the initial list of players included in the draft. The players who went unsold include Pakistan T20I captain Babar Azam, former all-rounder Shahid Afridi, pacers Wahab Riaz and Usman Shinwari and all-rounders Shoaib Malik, Mohammad Hafeez, Faheem Ashraf and Imad Wasim.

Afghanistan star Rashid Khan became the first player selected in The Hundred draft, but West Indies legend Chris Gayle wasn’t selected. Rashid has enjoyed a superb start to his international career, with 81 wickets at 12.03 in Twenty20 making him ideal for the new eight-team UK-based competition featuring 100 balls per innings. The 21-year-old spinner was made the first overall pick by the Trent Rockets on Sunday. West Indies all-rounder Andre Russell went next to the Southern Brave, with Australia batsman Aaron Finch third to the Leeds-based Northern Superchargers as the first-round picks came thick and fast. Gayle was not among them and, with players not eligible to be selected if they failed to make their allotted price point, the 37-year-old will be absent from the competition. Sri Lanka fast bowler Lasith Malinga and South African paceman Kagiso Rabada were also unpicked. The majority of England’s one-day international players had already been allocated to teams before the draft.