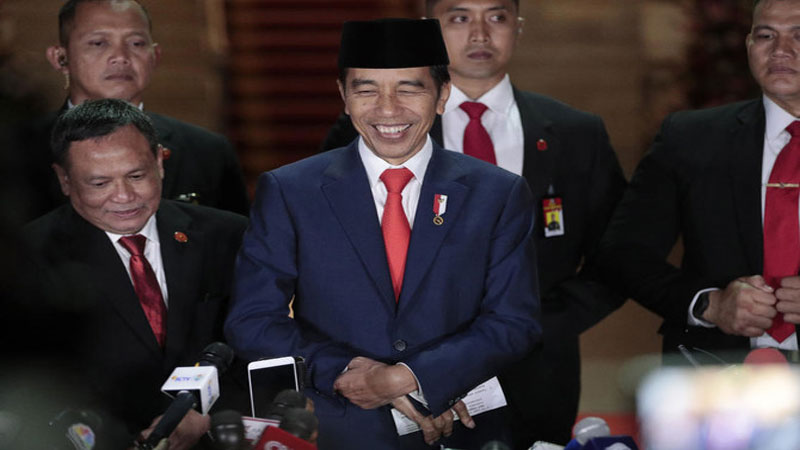 Indonesian President Joko Widodo may delay announcing his cabinet until Wednesday morning, according to Mahfud MD, a former head of the Constitutional Court, who said he was interviewed for a post at the palace on Monday.

Mahfud told reporters he was asked by the president if he was ready to serve, but was not told what post he could be given.

“On Wednesday, we are all invited to be announced to all of you, we were called one by one today,” Mahfud told Kompas TV at the presidential palace, adding that a swearing in was scheduled at 9 a.m. (0200 GMT) Wednesday.

He said he discussed with Widodo topics ranging from politics to law enforcement, corruption, human rights and religion.

On Sunday, Widodo said he planned to introduce ministers in his cabinet for a second term on Monday morning. No official announcement has been made on the cabinet.

Several other potential candidates visited the palace on Monday morning, including Nadiem Makarim, the chief executive of Indonesian ride-hailing and payments firm Gojek, who has been linked in the media as a possible post in a new digital economy ministry or in education.

“I have received a big honor to be able to join the cabinet of the president,” Makarim told reporters at the presidential palace. He also said he has resigned from Gojek.

Makarim said his specific role would be announced by the president later in the week. Gojek, which is valued at $10 billion, did not immediately respond to requests for comment on who would succeed Makarim.

Widodo’s election campaign manager Erick Thohir, who is chairman of media business Mahaka Media, was also at the palace. Shares of Mahaka Media soared 20 percent on Monday on expectations that Thohir, a former chairman of Italian football club Inter Milan, joining the cabinet.

Widodo has previously said that respected finance minister Sri Mulyani Indrawati would retain a position in the cabinet, but gave no further details.

The president has also been meeting with opposition leaders and some media reports have suggested Prabowo Subianto, who was the sole challenger in April’s bitterly fought presidential poll, could serve as defense minister.