SAHIWAL: Harappa police claimed to have booked on Sunday five people for kidnapping and raping a transgender at gunpoint a month ago near village Dhoop Sari.

A Kamalia-based transgender person had been allegedly tortured and raped at gunpoint by two men on the night of Sept 20. The district police officer (DPO) ordered registration of a first information report (FIR) allegedly because the Harappa police were reluctant to listen to the victim. 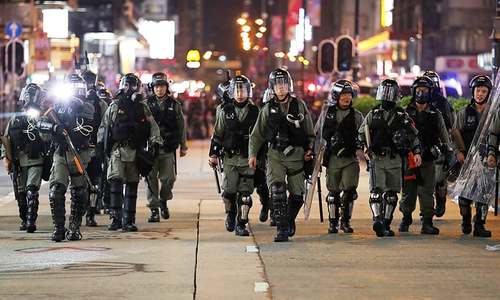 Another trans-person, Binyamin, claimed that while Harappa police registered an FIR against two nominated and three unidentified people, they were reluctant to arrest the culprits.

Assistant Sub-Inspector Mukhtar Ahmed confirmed to a private source that no arrests had been made so far. On the delayed registration of a case, Harappa Station House Officer Zeeshan claimed that the transperson approached them late.

On Sept 20, four transgender persons from Kamalia had been booked by Zulfiqar for a show at the Mai Maseet Wali Mela in village Dhoop Sari. The group was led by ‘S’. After the show when the group was travelling to Jhang in a car, they were intercepted by five armed men at 2am. They pulled ‘S’ out of the car and took her to a nearby farmhouse. The transperson alleged that she was tortured and raped by two men while three armed men stood guard. They kept her detained for three hours.

The suspects dropped off ‘S’ to Sahiwal city, 20 kilometres from the farmhouse. Later, she was picked up by her colleague Binyamin, who was waiting for her at the festival venue where they had performed.

Binyamin and ‘S’ along with other transpersons approached Harappa police and reported the incident. “Harappa police was reluctant to register a rape case,” alleged Binyamin, adding that they had succeeded in getting a medical certificate, which confirmed rape. They finally approached the Sahiwal DPO on whose directions a rape case was registered late on Saturday. Police booked five people, out of whom two were nominated.

Sources said a transgender delegation from Kamalia was holding talks with the district police high-ups for redressal of their grievances.