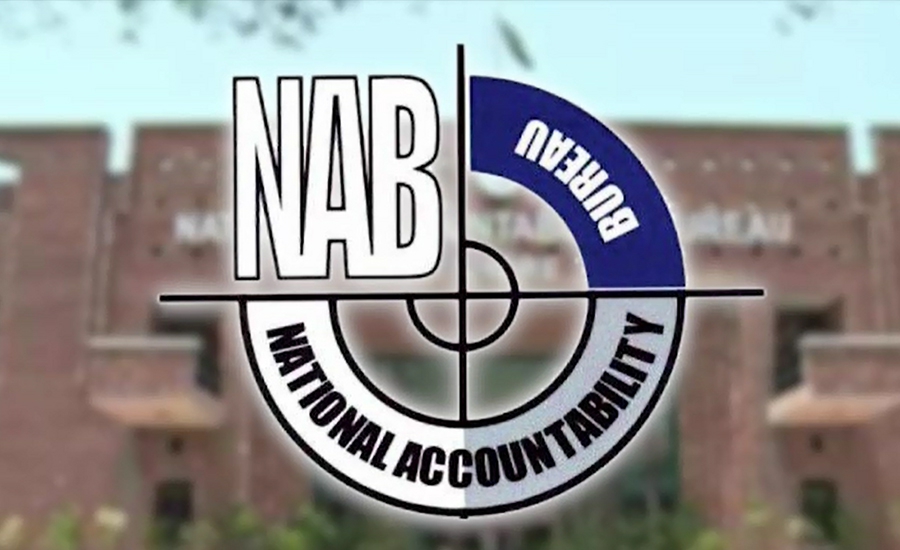 Corruption is mother of all evils. NAB is an apex national anti-corruption organization which was established in 1999 to eradicate corruption and recover looted money from corrupt and deposit in national exchequer. NAB has its Headquarters in Islamabad and eight regional bureaus in Rawalpindi, Lahore, Karachi, Quetta, KPK, Multan, Sukkur and Gilgit Baltistan. During the last 22 months, NAB has filed 600 corruption references in respective accountability courts. Today, 1223 corruption references are under process in the respective accountability courts and overall conviction ratio of NAB is about 70 percent which is great achievement of NAB besides recovering Rs. 326 /- billion of ill-gotten money from corrupt since its inception and all amount deposited in the national exchequer.

NAB is absolutely committed to work honestly, transparently, fairly, professionally and on merit for a 100 % corruption free Pakistan in accordance with law. Pakistan is considered as role model for SAARC Countries in eradication of Corruption due to NAB’s efforts as Pakistan is the only country who’s Corruption Perception Index (CPI) according to Transparency International Report has been decreased from 175 to 116. Pakistan is the first Chairman of SAARC Anti Corruption Forum which is great achievement for Pakistan due to NAB as well as NAB. This is just because of the proactive Anti-Corruption Strategy of Awareness, Prevention and Enforcement adopted by NAB and involving youth of Universities, Colleges and Schools to aware them about the ill effects of corruption at an early age. Today, NAB is the only organization who has established 55 thousands Character Building Societies of students throughout the country. Due to this reason, today eradication of corruption is the voice of the whole nation and NAB under the dynamic leadership of Honorable Justice Mr. Javed Iqbal, Chairman NAB is working hard to come up to the expectations of the nation.

Both opposition and ruling party had appointed Honorable Justice Mr. Javed Iqbal Chairman NAB with consensus. The reason was his integrity, honesty and excellent past record of Justice Javed Iqbal. After assuming charge, Justice said on very first day (October 11, 2017), that his new responsibilities were challenging and working honestly would contribute in enhancing goodwill of the institution and winning respect from the people. Justice Javed Iqbal, Chairman NAB as Acting Chief Justice of Supreme Court of Pakistan adopted policy “Justice for all” and now as Chairman NAB his policy is ‘Accountability for all’.

Today, NAB has adopted ‘Accountability of All’ policy and has rejuvenated in more than 16 months to eradicate corruption at all cost from Pakistan. Chairman NAB not only got briefing from every wing of NAB and directed all DGS to complete inquiries, investigations within the stipulated time period of ten months. After assumption of his responsibilities, on October 25, Chairman NAB had also sought report of 179 mega corruption cases and directed all DGs of NAB that now cases will not be kept in files and it will be completed within stipulated time frame as per law. Today NAB has filed 105 corruption references of mega corruption, besides 40 have been disposed of and remaining is under process as per law. The indiscriminate action has increased the prestige of NAB manifold due to indiscriminate and visible action against the mighty as the aim of NAB is to apprehend the corrupt and deposit the looted amount in the national exchequer.

Chairman NAB Justice Javed Iqbal has spent major part of his life in providing justice to people. He has an unmatchable personality with integrity and honor. He believes in self respect of humanity and does not believe in hurting self esteem of any person. He is human friendly, straight forwardand law abiding. His performance of last 22 months has proved without any iota of doubt that Justice has proved true to his words indiscriminate accountability is most important in the progress and prosperity of a country.

Justice Javed’s practical measures have been lauded by the whole nation. The whole nation is with the NAB for elimination of corruption. It could be said that the initiatives taken by Justice Javed of indiscriminate measures against elimination of corruption have won laurels of all and sundry. NAB also sent a clear message to big fish that it will concentrate on the case and not the Face as all are equal before the law. NAB would concentrate on indiscriminate accountability to all. NAB is taking visible and indiscriminate action against the corrupt. Corruption is being investigated as per law. All officers of NAB are performing their duties honestly in accordance with law under the leadership of Justice Javed Iqbal Chairman NAB. Today, after more than 22 months, Honorable Justice Mr. Javed Iqbal, Chairman NAB is being considered man of action not words who is working for corruption free Pakistan across the board.