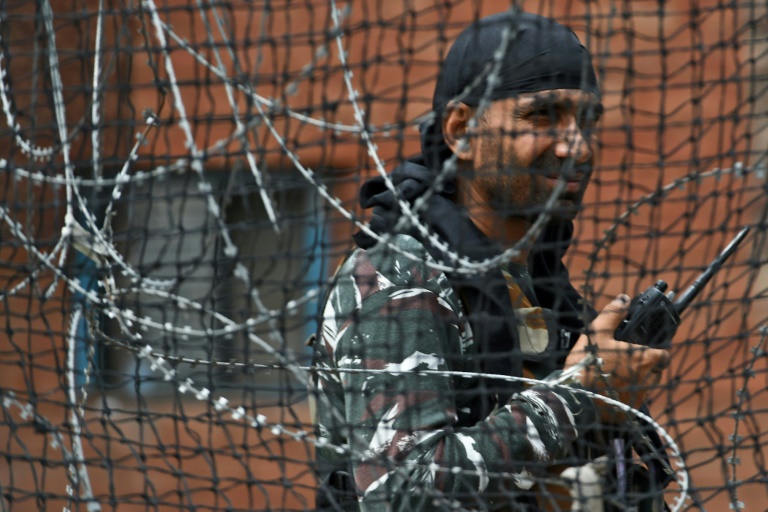 A communications blackout in Indian-held Kashmir is fuelling a fake news war between India and Pakistan, as both sides unleash a deluge of disinformation to fill the vacuum and shape opinion.

India cut access to Kashmir’s internet and phone lines in August as it sought to contain the fallout of its decision to revoke the region’s autonomy. The stripping of autonomy triggered fury in Pakistan. While landlines and mobile phones have since been restored, internet remains cut and foreign journalists have been unable to enter.

In the absence of real news from Kashmir, waves of false information have emerged online. “Both sides are stoking tensions, and both sides benefit from the information vacuum to fill the void with their own narratives and push those to domestic and international audiences,” said Jan Rydzak, who has researched related topics at Stanford University. “Pakistan cannot afford to let (the Indian) government’s ‘business-as-usual’ narrative flood its citizens’ social media feeds; India cannot afford to let reports of mass incarceration and chaos flood theirs,” he said.

Disinformation has ranged from old photos from Gaza purportedly showing how India has turned Kashmir into a ‘living hell’, to old images of happy children falsely claiming all is well in ‘the new Kashmir’.

From India, media outlets with millions of Twitter or Facebook followers have shared manipulated or out-of-context photos and videos to paint a rosy picture of life in the occupied valley. The Eid ul-Azha was an early battlefront in the fake news war, occurring about a week after Kashmir’s autonomy was revoked. In the regional capital of Srinagar on that day, a curfew was in place, thousands of extra troops patrolled the streets and its main mosque was ordered shut. Online, however, images circulated widely alongside false claims they showed people praying at mosques in Srinagar.

In Pakistan, meanwhile, old, unrelated videos have been viewed millions of times in misleading posts about Kashmir shared by top politicians and journalists. In one instance, a 2016 video showing a huge crowd at a funeral was posted on Twitter by cabinet minister Ali Haider Zaidi, who claimed it showed millions of people rallying against the revoking of autonomy.

Hamid Mir, a Pakistani journalist, also shared a video he claimed showed the Indian army using civilians as human shields – but the footage was from 2018. Mir deleted his tweet later after being called out on Twitter by fact-checkers.

For Mumbai-based investigative journalist Ranaa Ayyub, the disinformation on Indian social media is part of a concerted effort by authorities to obscure a true picture of the situation in Kashmir. “The government is trying to counter this with misinformation showing misleading images to depict everything as normal,” she said, adding that Indian authorities went further in accusing international media outlets of spreading fake news when they report accurately on the situation.

She referred to Indian authorities repeatedly denying there had been any major protests or violence in Srinagar, dismissing video reports by the BBC and other global news organisations as inaccurate. However authorities eventually admitted there had been widespread unrest in the city.

In Pakistan, the disinformation is driven partly by practical constraints due to a misplaced desire to draw attention to the issue, according to Shahzad Ahamd, a digital rights activist at Islamabad-based NGO Byte for All. “People are using old images and videos to highlight the plight of Kashmiris,” he said, but added the strategy is backfiring. “Fake news is not helping, rather it has clouded the actual human misery there,” he said.

Rydzak, most recently a scholar at Stanford University’s Global Digital Policy Incubator, said there were no winners in the fake-news war. “We don’t know exactly how the circulation of information has changed as a result of this digital siege, but it has made the task of verifying and debunking rumours harder to fulfil and the overall situation harder to control,” he said.