Harassment in Balochistan — a hidden shame

It is very unfortunate to write that Balochistan has been facing myriad problems for the last two decades, which include security issues, ethnic and sectarian violence, terrorism, targeted killings, missing persons, political instability, and bad governance. No doubt, all these issues have been a barrier in the infrastructural development and prosperity of the province. However, the main hurdle and the most important but neglected issue is that of education in the province. 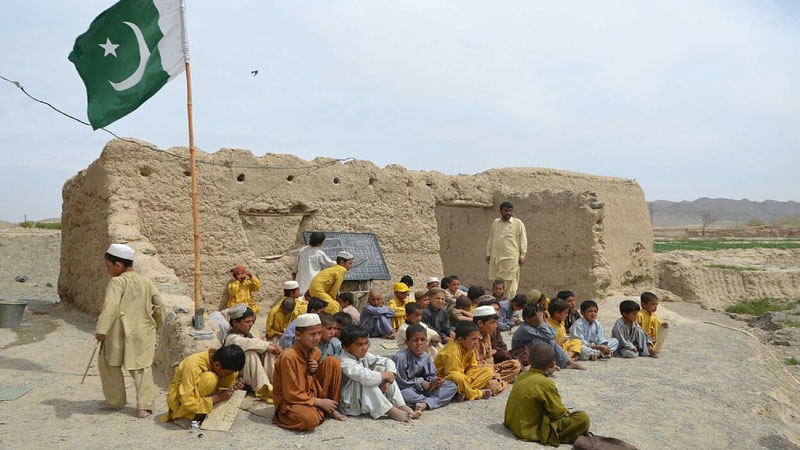 The last few governments have been claiming that an education emergency has been imposed in Balochistan; however, practically, no steps have been taken. The same is true of this government-only lip service, and no real development and reforms in the education sector of the province. Violation of merit, and nepotism and corruption in the education sector are very high. Most of the educational institutions, including universities and colleges, have been weakened-destroyed would be a more appropriate word-due to this curse.

Incompetency creates more issues instead of resolving the already existing ones. The few-day old incident of the Bolan University of Medical and Health Sciences with female students has not yet been resolved but another issue has already been reported in another university.

Recently, a scandal of harassment and blackmailing in one of the biggest universities of the province, the University of Balochistan (UoB), came to light. According to sources, at least six cameras were secretly installed at various spots, such as washrooms and smoking areas, in the university’s Quetta campus, in addition to the already existing official CCTV cameras. These cameras were used to record videos of students, and then sexually harass and blackmail them.

The Federal Investigation Agency (FIA) has so far interrogated almost 200 officers of the university in connection with the case. According to a senior officer of FIA, 12 videos of harassment of students have been traced. Most of the victims in the case are female students who were harassed by some officials in the university’s administration.

One must be ashamed of being part of a society where women feel insecure even in educational institutes. See where we stand as a society-a society where women are being harassed and blackmailed in places that are considered essential for their tremendous contribution to world’s progress. These are the places where the voice is raised for the rights of women. These are the places where one is taught how to eliminate gender discrimination from society. Unfortunately, it is the other way in Balochistan.

The last few governments have been claiming that an education emergency has been imposed in Balochistan; however, practically, no steps have been taken

In a statement, Balochistan University Vice-Chancellor (VC) Professor Dr Javed Iqbal said, “If any officer or employee is found guilty, we will make an example out of them.” The statement by the VC is not worth appreciating because of his incompetence as the head of an institute. Why did he not resolve this issue a month earlier? How can he not be aware of such a shameful activity going on in the university? Why did he not make an example of the culprits earlier? All of that implies that either the university’s administration is incompetent or involved with the culprits.

This incident has long-term negative consequences. It’s very tragic to see such cases in a region where women’s literacy rate is already below the benchmark, or very low. What is worrisome is that incidents like these are going to detach more female students from educational institutions.

On the one side, there is no awareness about girl’s education. Many people do not educate their girls, while some send their girls to school for a few years. Stereotypes in society are discouraging girl education. According to these stereotypes, it is a matter of shame and disrespect if a girl goes outside alone. In such societies, very few people take a step to educate their girls on the cost of tolerating all those stereotypes. On the other side, scandals of harassment and blackmailing in universities are going to crush the hopes and passion of those who have been sending their girls to educational institutions despite all challenges. But one must never let the passion of those proud parents be swept away due to the acts of a few troublemakers.

All students of Quetta, especially the students of UoB, parents, teachers and civil society, must continue to protest peacefully the alleged harassment and blackmailing of students at UoB. Moreover, it is the need of the time that strict action must be taken against those involved or supported, and those who have been silently letting the culprits do this. The VC and the university’s administration are responsible for the issue because of their apparent negligence or alleged involvement.

The Balochistan High Court Chief Justice Jamal Khan Mandokhail has directed the FIA to submit a report about the alleged harassment of students by October 28. It is hoped that justice will prevail, and culprits will be punished in an exemplary manner so that others may get a lesson.