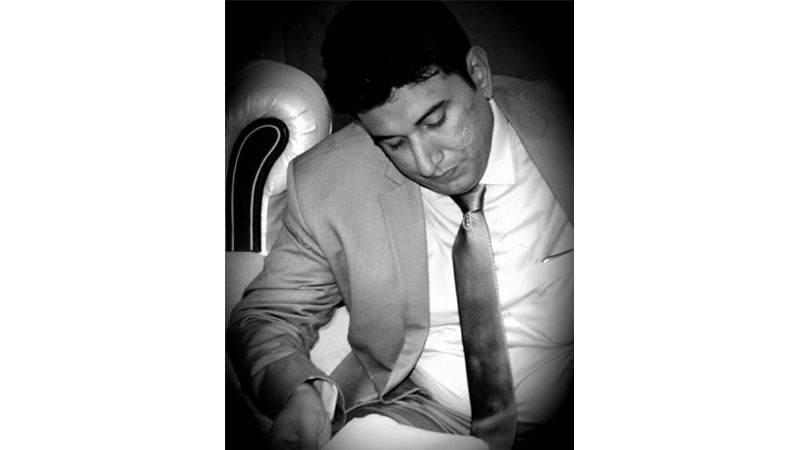 The serial will be sent on air on Fridays at 9:10 p.m. The title of the serial is quite interesting, making us think of the circulars often pasted on the walls and trees of Pakistan guaranteeing the love and attention of a beloved along with the solutions of miscellaneous other problems.

The script for ‘Mehboob Aap Ke Qadmon May’ has been written by Imran Nazir. Although Imran Nazir has a lot of drama serials to his name such as ‘Topi Drama’, ‘Aas’, ‘Mohabbat Aag Si’, ‘Thais’, ‘Rishte’, ‘Rasm-e-Duniya’, ‘Khot’ and ‘Pinjra’, he gained immense popularity with ‘Nazr-e-Bad’, also a Hum TV project based on black magic.

With his upcoming serial also hinting at a similar issue, Daily Times asked Imran Nazir about his inclination towards the dark topic.

He said, “I have done extensive research on black magic. I myself have met those pirs after whom Pakistanis run in order to get their problems solved. Most of them are fraudulent people who claim that they have secret, religious powers while it is a sham and they only make fools out of gullible simpletons, extracting money from them by giving them a false guarantee that their lives will become better. With my authentic research and first-hand experience of the matter, I am approached by the channel when it comes to this topic.”

With the majority of Pakistan’s population believing in such activities, the topic acquires sensitivity. As a result, Imran was asked if he feels hesitant in penning down a story that might disturb people who have stubborn beliefs, to which the writer responded in the following words:

“I don’t feel hesitant at all, neither scared that my script might spark a controversy. I try to write in a way that people’s beliefs aren’t rudely attacked. My objective remains to create a story with which people can relate and not grow offended. However, I do try to bring up logical questions so that people are inclined to ponder upon their firm beliefs in such things. The questions remain questions and do not take the shape of harassing remarks at others’ ideologies.”

When asked about the other themes that run parallel to the main topic in “Mehboob Aap Ke Qadmon Mein”, the writer told that it is basically a love story which depicts how passionate or unrequited love forces people to try to attain it by all possible means, eventually making them go for black magic as well. This suggests that the story will be a mixture of interesting themes such as unattained love, burning desires and dark practices.

The writer is a freelance journalist and can be reached at m.ali_aquarius85@yahoo.com. He Tweets at @Muhamma40297238