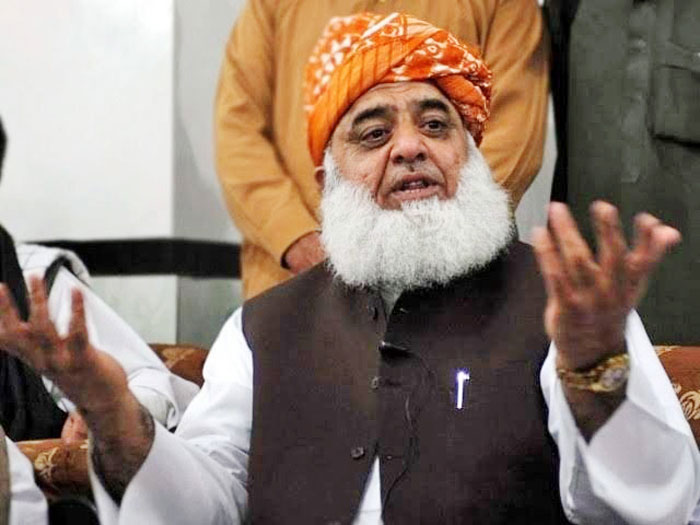 The Islamabad High Court (IHC) on Wednesday disposed of petitions filed against the Jamiat Ulema-i-Islam-Fazl’s (JUI-F) upcoming anti-government ‘Azadi March’, declaring that peaceful protest is the legal right of every citizen or political party.

“The State only in extraordinary and exceptional circumstances can restrain a person from exercising his or her right to protest on the ground of national security,” the court observed in its order, and ordered the local administration to take a decision on Maulana Fazlur Rehman’s request for holding the march in the capital in accordance with the law.

Chief Justice Athar Minallah took up the petition filed by lawyer Riaz Hanif Rahi, in which he had requested the court to issue orders for prohibiting JUI-F and its allies from holding anti-government march in the federal capital.

During the course of the hearing, Justice Minallah asked the petitioner to brief the court about his actual demands. In response, Rahi contended that the JUI-F is going against the government as it has announced to hold a march against the elected government. “Do you mean he (JUI-F chief) does not have the right to protest?” inquired the chief justice. “You can protest against policies, but not against a democratic government,” Rahi responded. The chief justice said that holding protest is a fundamental right of every citizen which cannot be denied. The proceedings were briefly adjourned as the court ordered that all petitions against the protest be combined and heard together.

Justice Minallah recalled that in 2014, the same court had allowed the Pakistan Tehreek-i-Insaf (PTI) to hold protest.

He asked one of the petitioners, Rahi, if he was there on behalf of the government, to which the petitioner said he was only there as an ordinary citizen. “From your statements, it seems like you are here on the government’s behalf,” remarked the chief justice.

Winding up the hearing, the court instructed the local administration to protect the rights of the protesters as well those who do not want to protest.