With the car industry reeling from a drop in demand, India’s largest carmaker Maruti Suzuki has reduced its production for the eighth month in a row.

Similarly, production of utility vehicles such as Vitara Brezza, Ertiga and S-Cross declined 17% to 18,435 units, compared to 22,226 units a year ago. 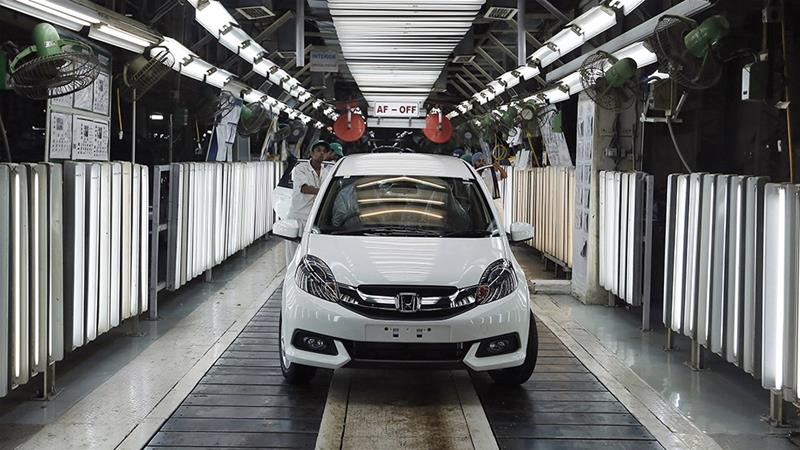 And production of mid-sized Ciaz sedans dropped to 2,350 units in September from 4,739 units in the same month last year.

Meanwhile, Tata Motors reported a 63% drop in production of passenger vehicles in September at 6,976 units, compared with 18,855 units in the same period last year.

All other major automobile makers, including Hyundai, Mahindra & Mahindra, Toyota and Honda, have reported double-digit declines in domestic passenger vehicle sales in September as the onset of the festive season failed to lift the ongoing industry slump.

And Honda Cars India reported a 37% decline in domestic sales at 9,301 units in September, compared to 14,820 units in the same month last year.

All these carmakers have resorted to production cuts and laid off temporary employees.

The only relief offered to the automotive sector was a reduction in the surtax on large passenger vehicles carrying 10 to 13 people. It has been reduced from 15% over and above the goods and services tax to 1% for petrol vehicles and 3% for diesel vehicles.

Ancillary units catering to these car companies have also been badly hit. They are cutting production and laying off employees as well to prevent having an inventory pile-up.

Bosch Ltd, one of the largest auto-parts makers, has trimmed production at its plants in Tamil Nadu, Karnataka and Rajasthan states. Smaller companies are the worst hit.

This sector employs close to 5 million employees and industry experts claim 100,000 jobs have already been lost and that if the current downturn continues for another three to four months it could lead to a loss of one million jobs.