* Corps commanders reiterate their resolve for giving befitting response to any Indian misadventure or The military's media wing on Thursday issued a formal statement about the much-talked-about meeting a day earlier between the army chief and some of Pakistan's most powerful business tycoons. 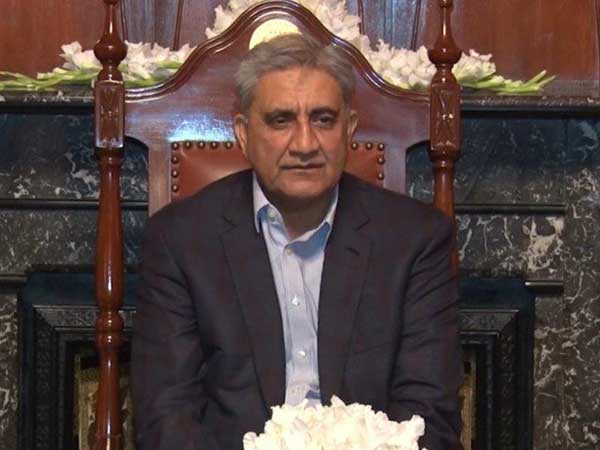 According to Inter-Services Public Relations (ISPR), Chief of Army Staff (COAS) General Qamar Javed Bajwa has reportedly told a group of businessmen that the country’s “improved internal security environment” has “created space for increased economic activity”. The ISPR said Gen Bajwa had made the remarks while addressing the business community and the government’s economic team at the concluding session of a series of discussions and seminars titled ‘Interplay of economy and security’.

The event had been held at the Army Auditorium in Rawalpindi, the ISPR said. The media had reported that the businessmen had met the army chief at a dinner reception hosted by the latter. The COAS briefed the business community and the government’s economic team on the improved security situation in the country, saying, “National security is intimately linked to the economy, while prosperity is a function of a balance in security needs and economic growth.”

“Accessibility and responsiveness of the government economic team to the business community and the displayed understanding between public and private institutions is a good sign for the desired positive trajectory in economic activity,” Gen Bajwa, who is also part of the National Development Council, was reported to have told the audience.

The ISPR said that the seminars and discussions in question were held “in order to bring stakeholders on one platform to formulate recommendations for a synergistic way forward”.

The government’s economic team, on the other hand, had apprised the attendees of the initiatives and measures being taken by the government to facilitate business and stabilise the economy.

The business community also pitched in with its suggestions to improve ease of doing business. The businessmen assured that they would cooperate with the authorities to ensure that government policies were implemented and would “play their part” by paying taxes and investing in a “socially and economically responsible manner”.

The meeting had been a topic of much discussion on the social media, with some questioning why the businessmen had approached the chief of army staff directly instead of approaching the civilian managers of the economy.

The press statement from the ISPR follows reports in the media that the businessmen in question had tabled their grievances with the government’s economic team in front of the army chief.

Separately, the ISPR said that the Pakistan Army was ready to defend the country and its commanders reiterated their “resolve for [giving] befitting response to any Indian misadventure or aggression”. In a statement, the military’s media wing said a Corps Commanders Conference (CCC) was held earlier on Thursday – chaired by General Bajwa – at the General Headquarters (GHQ) in Rawalpindi. ISPR Director General Major General Asif Ghafoor said the commanders at the meeting emphasised on giving a befitting response to India’s aggression that was “being conveyed through irresponsible media statements by Indian military commanders”. The CCC reviewed the geo-strategic and national security environment as well as the ongoing situation in Indian-held Kashmir (IHK) and acknowledged effective highlighting of the Kashmir dispute exposing Indian human rights violations in the under-siege region during the United Nations General Assembly (UNGA) session.