Of independence of media, climate of fear and economy 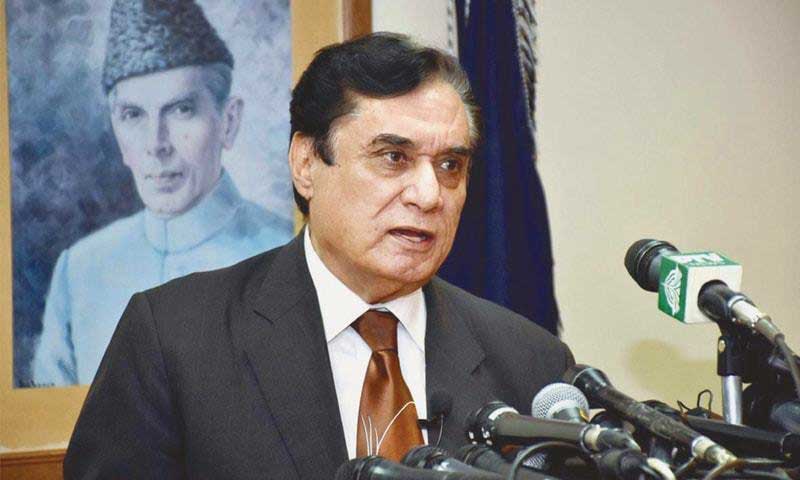 It is the independent and fearless media that helps keep the flame of democracy burning. Democracy dies in darkness when dissenting voices in media are systematically silenced, and they are intimidated and coerced into retreating. Sadly, when it comes to the freedom of media, the record of the present government is appalling.

It was both the print and electronic media that went the extra mile to give coverage to Imran Khan’s long march against Nawaz Sharif, following the Panama Papers case. Columns were written. Detailed reporting was carried out. Hundreds of hours of TV programmes were telecasted. Marathon live coverage was given to 126 days of the lslamabad dharna. Not only that, Khan’s election campaign, conducted by his party, PTI, was given special coverage throughout the country to pave the way for his success.

Journalists, who erstwhile would side with PTI, are becoming increasingly disillusioned with the ruling party, thanks to the dismal and lacklustre performance of Khan and Usman Buzdar, in particular. The promises and lofty claims made by Khan are fast turning out to be hollow rhetoric, and hence the barrage of criticism he’s facing. However, this crucial fact is lost on Khan, who is keeping his head buried in the sand like an ostrich. Those who voted for him have grown fed up with the refrain that ‘he is well-intentioned’. They ask, what of intention when he cannot deliver.

What journalists are reporting or criticising isbut a mirror of the feelings and opinions expressed by the common people, who are being crushed under the weight of the skyrocketing prices of commodities and the rampant inflation. Bureaucracy has stopped working for fear of being entangled in the ubiquitous web of NAB. It goes without saying that the bureaucracy acts as a wheel of a country. When a single wheel of a car does not move, the car cannot move forward; rather, it comes to a screeching halt.

The establishment of media tribunals would be a recipe for striking at the heart of the freedom of opinion and taming the media in order to rein in the criticism being levelled on the government. It would ride roughshod over freedom of speech ingrained in Article 19, thereby reducing it to a farce. Ironically, it is the autocrat rulers who are the torchbearers of the agenda to ‘silence the dissenting voices’.

The Council of Pakistan Newspapers Editors (CPNE) and all other media bodies/organisations were in unison in coming down hard on government’s sinister plan to bring into being media tribunals with a view to crush dissent and suppress criticism, thus muzzling the freedom of opinion. They stressed that journalists in Pakistan would resist any such step at all costs. Their protests came to fruition, and the government had to give in. The government stepped back when Special Assistant to the Prime Minister on Information and Broadcasting Firdous Ashiq Awan announced that government would share the draft of the bill with the stakeholders before tabling the same before the parliament.

Instead of fixing the economy, time, energy and efforts are focused on throwing political rivals behind bars under the garb of a sham accountability process

Farogh Naseem, the federal Law Minister, in his legal wizardry, is arguably doing more harm than good to the image of the ruling party. It was he who took a personal interest in drafting and filing a reference against Justice Qazi Faez Isa before the Supreme Judicial Council, thereby bogging the country in a legal morass. Hardly a day goes by without him pulling a rabbit out of his legal hat, causing disquiet and outrage in the country. For all his talk of bringing in new legislation, his ministry has lately failed to help pass any bill into law.

Government’s performance can be easily gauged by the fact that this cunningly soft-spoken federal law minister is more focused on causing one legal controversy after another than working on legislation, which is his primary duty. This is not the first time that the ruling party had to do a volte-face when it comes to the federal law minister’s ill-advised proposed legislation.

The Gas Infrastructure Development Cess (Amendment) Ordinance 2019 had to be taken back in the face of a storm of criticism it unleashed. The ordinance aimed at extending the amnesty of Rs228 billion in the head of the Gas Infrastructure Development Cess to influential industrialists and owners of fertilisers, CNG, Captive Power Plants, K-Electric, Gencos, and Independent Power Producers. When it came to light, it caused a huge embarrassment to the ruling party. As a matter of principle, Naseem should have resigned or Prime Minister Khan should have shown him the door. Deplorable as it was, neither did happen.

That is not all. All hell broke loose when Naseem hinted at invoking Article 149(4) of the Constitution with a view to giving directives to the Sindh government, presumably about resolving of vexing issues of water scarcity and garbage management in the province. Quite recently, the law ministry has also put forward a proposal tobring an amendment in the relevant lawwith respect to the production orders of the members of parliament.

At the end of the day, the way the country is being governed is shocking, to say the least. There is a climate of fear and hopelessness. Capital is flowing out of the country. No new foreign investment is coming. The rupee is plummeting against the dollar. In short, the country’s economy is in a complete shambles. Instead of fixing the economy, time, energy and efforts are focused on throwing political rivals behind bars under the garb of a sham accountability process reeking of a political vendetta. The issues of education and health have been relegated to insignificance.

The common man is, therefore, justified to ask what jailing the politicians have to do with redressing the economic woes. Would this pull the country from the brink of an economic collapse? Or is it just a political gimmick to pull the wool over people’s eyes? Would this not further sow the seeds of discord and division among the nation? In what way would the muscular politics replenish the empty coffers of the country? Are those in the ruling party sacred cows beyond accountability? Would Imran Khan wake up and smell the coffee?

The writer is a Lahore-based lawyer and a columnist