Bharat star Salman Khan has been threatened with violence in a social media post written on the Facebook page of Student Organisation of Punjab University (Sopu) on 16 September. The police have initiated an investigation after the post went viral.

The post, by one ‘Garry Shooter,’ has a picture of Salman Khan with a red cross marked over it and reads. “Salman, think, you can save yourself from Indian law, however, Vishnoi Samaj and Sopu Party have announced a death sentence for you. You are an accused in Sopu’s court.”

Take a look at a screenshot of the post below. 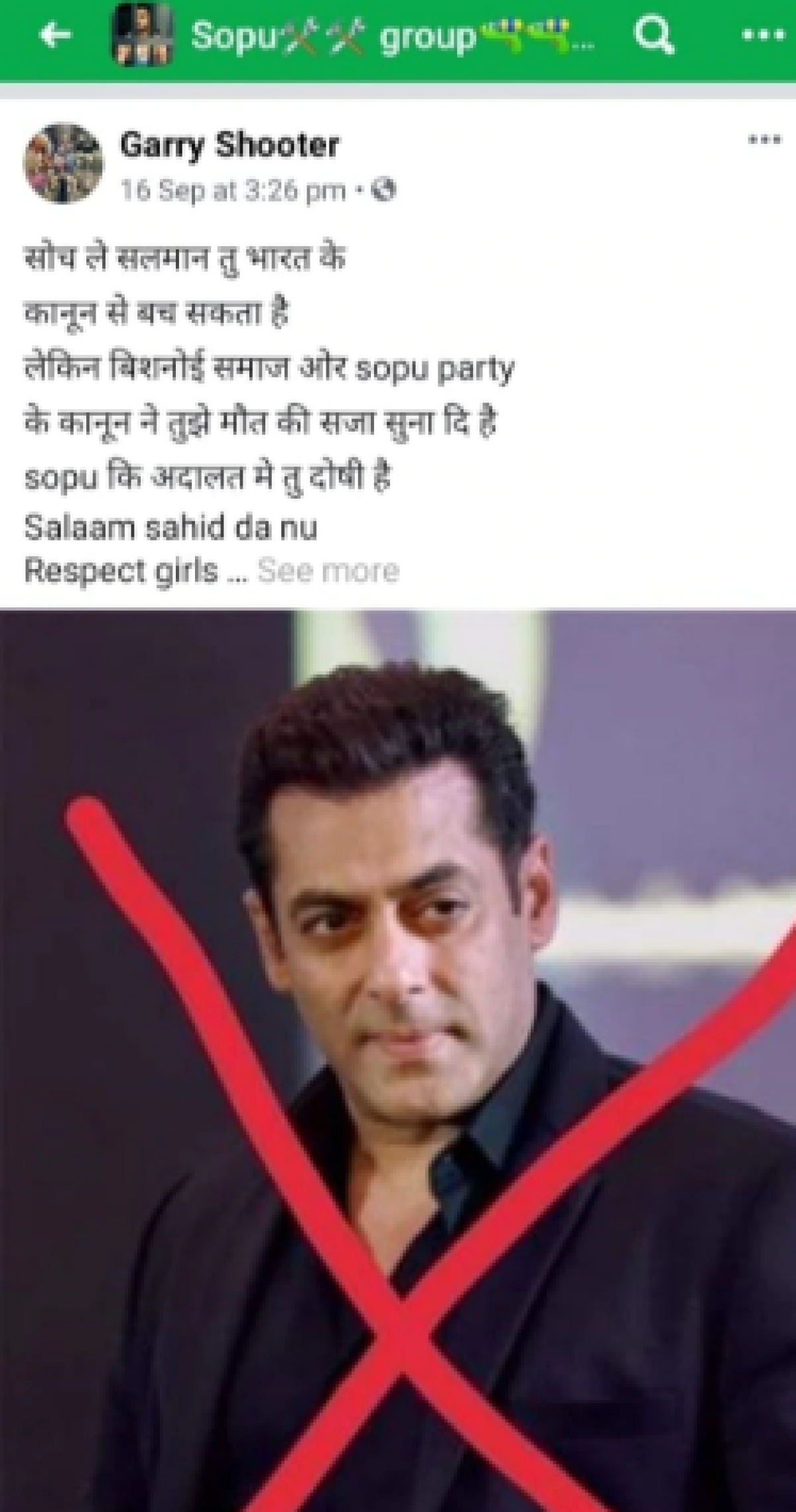 The post has appeared before Salman Khan’s scheduled hearing on Friday 27 September in the blackbuck killing case.

A few months ago, gangster Laurence Bishnoi had threatened Salman of dire consequences in the court in front of policemen.

Salman has been sentenced to five-year imprisonment in the blackbuck killing case but is currently on bail. At the last hearing, the court had said if he failed to mark his presence before it on 27 September his bail could be cancelled.