Over 120,000 children in Sindh left unvaccinated per campaign: report 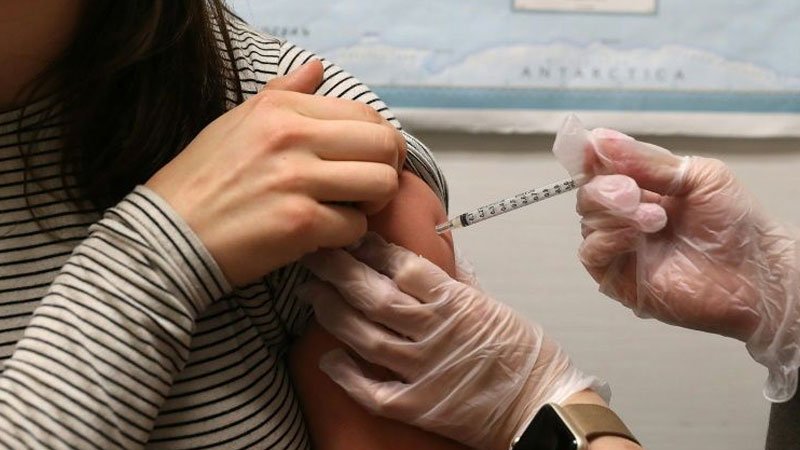 The health department Sindh has missed around 120,000 to 140,000 children per campaign on an average basis out of which around 80,000 were refusals, according to an investigative report conducted by this journalist under a fellowship organised by Pakistan Press Foundation based in Karachi.

After recent two polio cases in Hyderabad, a new polio campaign was held just in this city in August 2019 where 255,000 children were administered polio drops. This campaign missed 4000 children. Despite provincial government’s tall claim of eradicating polio to a maximum level by getting 95% vaccination coverage of its targeted cases on average, there is no let-up in the polio disease cases in Pakistan’s Sindh province as six new polio cases have emerged within nine months of this year as compared to last year’s two cases.

According to the latest data provided by Emergency Operation Centre (EOC) for Polio in Sindh, this year witnessed six polio cases in Sindh out of which three emerged in Karachi, two in Hyderabad and one in Larkana. The EOC data further shows that in 2018, there was some progress as two cases happened in Sindh. In 2017, two cases occurred in the province and both were in Karachi. The year 2016 witnessed eight cases in Sindh out of which one each was in Karachi and Jacobabad while two each were in Shikarpur, Badin and Sujawal. In 2015, 12 polio cases happened in Sindh of which seven were in Karachi, two in Dadu and one each in Sukkur, Khairpur and Qambar. The year 2014 recorded 30 cases in the province of which 23 occurred in Karachi only. While comparing Sindh with other province of the country, it is clear that Sindh is on second number after Khyber Pakhtunkhwa in view of polio cases.

One of the latest victims of polio in Karachi is Abdul Nasir, aged 9 months, who fell prey to the polio virus in Faqira Goth of Gadap town located on the outskirts of the metropolis.

In an interview, the victim’s father, Abdul Qahir, narrated the story of his son in a very painful atmosphere. He said his son fell ill suddenly with intermittent vomiting and within some days, the child’s one foot was paralysed.

“We visited different hospitals of the city and get treatment, but there was no improvement in his health. We ran from pillar to post to find clue to the disease. We belong to a low class family and our income is also low. In the meantime, a doctor of Liaquat National Hospital paid him Rs Rs12,000 for my child’s polio test after which I got the test conducted and my child was found infected with polio virus.

The painful story of this case did not finish with the confirmation of the test, but the real trouble has started now as to how will boy survive in the society as he has become disabled,” he said. He said that his child would remain paralysed for life. “Now I am worry that who will support the child when he becomes young. Therefore, the government should allocate an allowance for survival of each polio victims in the country so that they could also pass their lives without trouble and dignity,” Qahir demanded.

The investigation found that the health delivery system in Sindh is neither stable nor proper. There is acute shortage of hospitals and polio centres. Over 3000 polio centres are available across Sindh province. There is need to raise their number to 4000 to get easy and maximum coverage. Pakistan’s health budget is less than one percent of Gross Domestic Product (GDP) while WHO recommends that the health budget of any country should be 6 percent of GDP, according to the investigation.

A Pakistan Economic Survey 2019 document says: “Pakistan’s health spending is slow. The country is spending 0.5 to 0.8 percent of its GDP on health over the last 10 years. These percentages are less than the WHO bench mark of at least 6 percent of GDP required to provide basic and lifesaving services.”

Firstly, the Sindh finance department data shows that Rs 102.224 billion health department budget was allocated this year out of total outlay of Rs1144.5 billion, which is less than 1 percent. Furthermore, an amount of Rs 412 million has been allocated for polio eradication by the provincial government through EPI Programme for the FY 2019-20, which is also meagre to tackle polio disease effectively.

The PMA general secretary said the government should remove all the misconceptions about the polio drops prevalent among the people. “There is also need to build a proper drainage system and keep toilets clean everywhere as polio is caused from sewerage.” The Sindh and federal governments need to allocate 6% health budget of their GDPs as per WHO recommendation, Dr Qaiser urged.

During a field visit to EK Bundani School Polio Centre near Zamzan Park area of Defence in Karachi, Sonia John, the area supervisor of the centre’s polio teams, said in an interview: “This centre’s polio campaign coverage is 98% on average and we covered Defence’s Phase 5 areas including Clifton. There are only 2% refusal cases in her area that almost come from rich people who say they are ensuring administrating of polio drops to their children from big reputed hospitals of the city, so they refuse them.” Sonia, who belongs to Christian community, said that her area comes in Saddar town and whole town had not witnessed any polio case during the last three years, she said.

Coordinator EOC for Polio Sindh, Mr Rehan Iqbal Baloch said in an interview: “There are a number of reasons for a higher number of cases this year. First of all the EOC would like to highlight the fact that we have been doing up to 10 campaigns in a year for the last three years in the high-risk areas. The community is fatigued because of the number of visits and offer resistance to vaccination on the pretext of not getting other services. “They bring up the point that there are numerous other civic issues in their neighborhoods and the concentration is just on polio.”

Then of course, there are misconceptions because of negative social media which has played havoc with the programme. Negative videos on WhatsApp and Facebook have heavily contributed to misconceptions being spread. However, we had managed all this relatively well until the Peshawar incident where the social and mainstream media was used by anti-vaccination elements to spread panic among parents on vaccine safety during a polio campaign, he said. “A school principal made a fake video of children falling ill because of taking polio drops and this video created pandemonium with thousands of children being taken to hospital because of fear. The April campaign eventually had to be called off because of this and we are still recovering,” he said.

Conclusion: The Sindh government’s polio campaign needs to be more comprehensive and be made constant till getting 100 percent results. For this, the provincial budget should be raised by one percent each consecutive year till it reaches 6%. This will help raise number of polio teams, facilitate workers and enhance security in high risk areas where attacks on polio workers are feared.