7,152 tonnes of garbage lifted from city on first day of drive 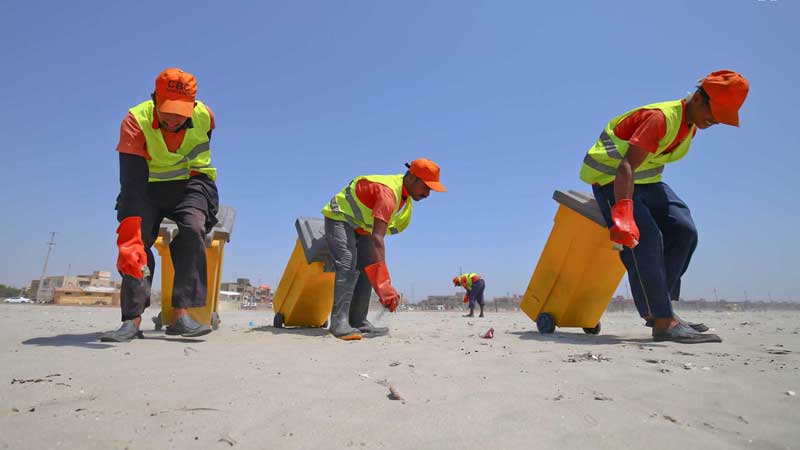 As much as 7,152 tonnes of garbage was lifted on the first day of drive from the megacity. Sindh Chief Minister Syed Murad Ali Shah said that on the second day, stones and boulders were removed from a sewer line at Malir 15 “stuffed by his political opponents”.

He said that a member of the National Assembly (MNA) had staged a sit-in at the site of Malir Halt and some people reported that stones and boulders were dropped into the manhole of 24-inch diameter so that entire Malir and Quaidabad area, including main Shahrah-e-Faisal, could be turned into a pool of sewage.

The chief minister took the media persons to Malir Halt and showed them a large number of heavy stones and boulders recovered from the manhole of 24-inch diameter sewer.

Local Government Minister Syed Nasir Shah said on the occasion that apart from tractors and trollies, 212 dumpers were used in the cleanliness drive, in which 1,263 workers participated. These dumpers made some 848 trips and transported 7,152 tonnes of garbage to the temporary GTS set up in the city, he said.

The chief minister said that if the pace of lifting garbage at 7,152 tonnes per day was made, the 30-day progress would reach to 214,560 tonnes.