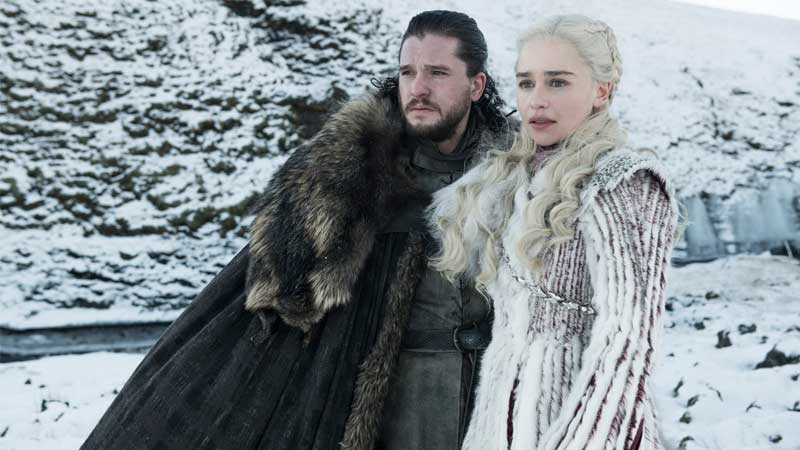 ‘Game of Thrones’ has dominated the Emmy Awards with the formidable power of, say, your average fearsome, flame-belching dragon.

Same goes for Veep, but picture a cutthroat politician instead.

The drama and comedy series are among the front-runners for Monday’s ceremony for their concluding seasons, a last chance to rule. But will they? There’s suspense as well over the never-crowned women of Game of Thrones, whether Sandra Oh and Billy Porter will make Emmy history, and how much streaming services such as Netflix can chip away at old-guard cable and older-guard broadcasting.

“It’s the big farewell to the Emmy giants Game of Thrones and Veep,” said Tom O’Neil, author of The Emmys and editor of the Gold Derby awards website. “The question is, how big will their sweeps be?”

Game of Thrones has the most Emmys of any drama or comedy series in history, 57, and it’s been undefeated each time it was nominated in recent years. It holds the record for most Emmys won by a series in a single season, 12, set in 2015 and matched the following year.

If the fantasy saga that brought cinematic sweep to TV successfully defends its best drama series title to net a fourth trophy, it will join a select club that can boast the same: Hill Street Blues, L.A. Law, The West Wing and Mad Men.

Television academy members brushed aside the anti-finale fan chorus in bestowing a single-year record 32 nominations on ‘Game of Thrones’, but it remains to be seen if they’re as generous on Sunday.