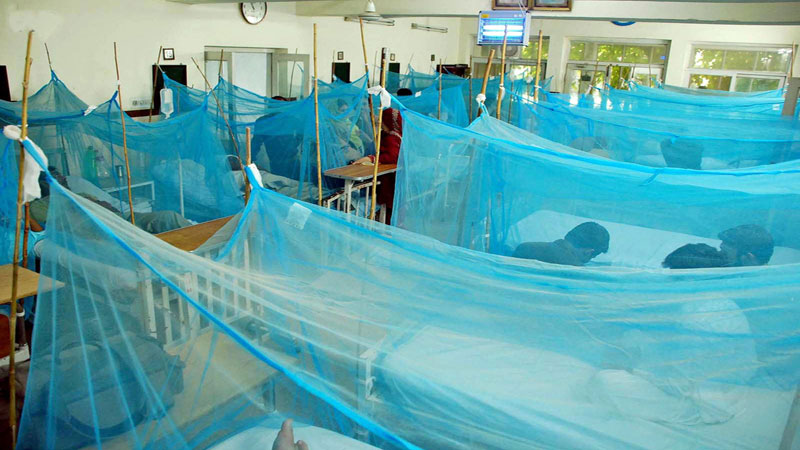 There were thousands of cases and hundreds of reported deaths.

Once some high government officials died of dengue, a huge panic started in the city. First time in the history of Pakistan, a political government officer realised that inaction in public health might cost politically and poured all resources to combat this disease.

Added to it was the personal interest and zeal of a chief minister, which ensured that all government departments work as a “one team” to give relief to citizens of Lahore. Wasn’t it for his interest; the challenge would have been difficult to meet?

However, even with all this, the entire population of Lahore had to suffer and a huge panic meant that hospitals ran out of beds, even for serious patients, coming for other more deadly diseases.

Other but more important issue was that though the outbreak was stopped, was it an efficient utilisation of resources? Does it sideline other major health challenges facing Punjab as resources were diverted to dengue control?

One of the two fundamental concepts of public health is “diseases/outbreaks do not occur at random.”

Simply, it means something goes wrong whenever an outbreak starts. It’s not just bad fate which makes a city vulnerable to an outbreak. The second fundamental concept is that “diseases/outbreaks have causal or preventive factors that can be identified.”

So, to sum up, an outbreak happens due to the inadequacies of the system, but this could be fixed immediately by a good outbreak investigation and control measures. However, if measures are not long term, an outbreak will happen again.

For anyone looking at the disease data of Rawalpindi and Islamabad, this dengue outbreak should not be a surprise.

Pakistani cities are regularly reporting dengue outbreaks, small or big, from Gwadar to Peshawar, since 2011.

Punjab set up a very active dengue surveillance system in at least major cities of Punjab. Unfortunately, everywhere else was nonexistent. The environmental factors, which favour the dengue outbreak, were accumulating. Add this to our lack of disease surveillance system, which results in the late identification of outbreaks; making it difficult to control. Now, with hundreds of patients and daily reports of suspected dengue in different cities, the administration is ramping up bed numbers in hospitals and has started fogging in cities. But would this solve the problem?

With these outbreaks, even without doing anything, they have run out of the vulnerable population. But the cost of not doing anything is high mortality and morbidity in the first place and repeated and bigger outbreaks over the years in the second place. Dengue is no different. So either we could wait for favourable winter months when nature will control the outbreak or do something now to control the existing outbreak. But with the increasing day, our options are becoming limited as the disease is being reported from more areas.

So, our response is more generic, which provides with suboptimal results.

Pakistan needs a functioning disease surveillance system, which is still not available. Field Epidemiology and Laboratory Training program (FELTP) has set up disease surveillance and response units (DSRU) in key cities of Pakistan except for Punjab, where they try to identify disease threats as quickly as possible.

However, the response requires the full support of departments and governments, which is not always available.

So, when Chikungunya came to Pakistan first time in 2016 in Karachi, a huge panic ensued. Newspapers and tv news channels started lambasting Sindh Department of Health for not doing anything about a mysterious disease, which is affecting tens of thousands of citizens. Sindh Department of Health moved its both DSRUs in Karachi and Hyderabad and started sharing immediate reliable disease data with media and public. That ended the panic and also an unnecessary strain on hospital beds was relieved. This also helped the department to effectively utilise its scarce resources.

In Rawalpindi, Islamabad or anywhere else, where we have dengue outbreak we first need to identify quickly which areas are being affected most. This is not based on the number of patients from an area, which is reporting but with active case finding and vector surveillance. Understanding the geographic clustering of cases and environmental factors help us to devise appropriate control strategies for any outbreak. Once a strategy has been developed, effective implementation of the plan has to be done not only to control the current outbreak but to stop it from happening again.

Public health emergency response (including outbreak response) requires long-term investments in public health infrastructure, which, contrary to a newly built hospital, does not bring an immediate accolade from the public. It is the real safeguard of the health of the population in the long term.

The writer is an Adjunct Professor of Epidemiology at the University of Nebraska, US, and Chief Executive Officer of Global Health Strategists and Implementers (GHSI)