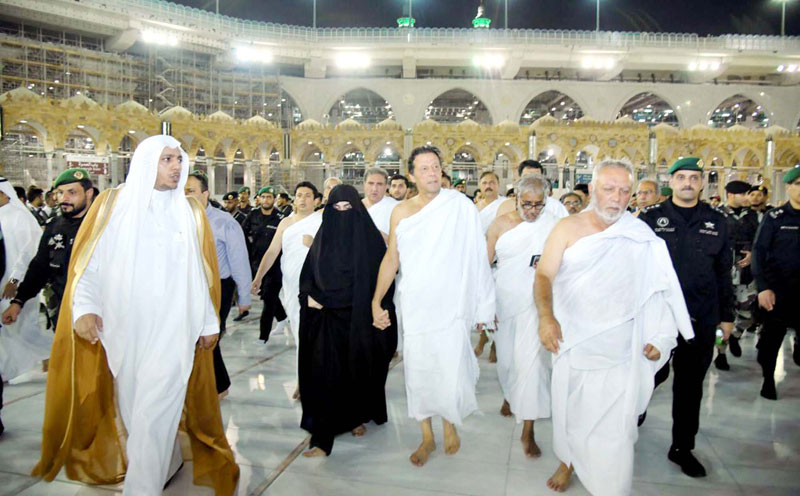 Pakistan and Saudi Arabia have reaffirmed resolve to enrich their deep and multi-faceted relationship as Prime Minister Imran Khan concluded his two-day official visit to the Kingdom on Friday.

During his meetings with the Saudi leadership, the prime minister strongly condemned the recent attacks on oil installations in Abqaiq and Khurais and assured Pakistan’s commitment to Saudi Arabia against any threat to its security and territorial integrity.

On Kashmir, Prime Minister Imran Khan highlighted the dire human rights situation in the occupied valley and the grave risks posed to peace and security in the aftermath of India’s illegal and unilateral actions of August 5.

The prime minister stressed for the urgent lifting of curfew in Kashmir and resolution of the dispute in accordance with the UN Security Council resolutions. He also highlighted the pivotal role of Organisation of Islamic Cooperation (OIC) in extending consistent support to the Kashmir cause.

The Saudi leadership expressed concern over the Kashmir situation and reiterated its steadfast support and solidarity for the cause. It was agreed to continue to work together for peace, security and a peaceful resolution.

The prime minister also had a rare opportunity to enter the Holy Kaa’ba as the door was especially opened for him. During Umrah, the prime minister prayed for the prosperity and stability of the country. He left for Madinah after performing Umrah in Makkah. Governor Jeddah Prince Mashaal bin Majid Al-Saud saw him off at the airport.

In Madinah, Prime Minister Imran Khan paid his respects at Roza-e-Rasool (Peace Be Upon Him), offered Nawafil at Masjid-e-Nabvi and prayed for the progress and prosperity of Pakistan.

Hujra-e-Raza-e-Rasool (Peace Be Upon Him) was especially opened for the prime minister on this occasion, a statement issued by the PM Media Wing here said.

This was Prime Minister Imran Khan’s fourth visit to Saudi Arabia after assuming office in August 2018. His last visit was in May 2019 to attend the 14th Session of the OIC Islamic Summit in Makkah.