Myanmar should take the refugees back, Says Hasina

Prime Minister Sheikh Hasina stated on Friday that Myanmar should take back its citizens as she regarded Rohingyas a bid burden for Bangladesh.

She said this when two delegations of the UK All-Party Parliamentary Group (APPG) on Population, Development and Reproductive Health and UK Conservative Friends of Bangladesh jointly called on her at the Gono Bhaban.

The PM said Bangladesh provided the Rohingyas with refuge and shelter on humanitarian grounds as it had a similar experience in 1971 when an estimated 10 million Bangladeshis took shelter in India as refugees.

She further added, “Now the Rohingyas have emerged as a big burden for us and the local people have to face immense suffering for them.”

Moreover, PM’s Press Secretary Ihsanul Karim while briefing the media after the meeting said that the premier extended sincere thanks to the local people for accepting the suffering and catering the refugees.

The delegations, led by UK APPG Chair Anne Main, handed over a report to Hasina on their visit to Rohingya camps in Cox’s Bazar. 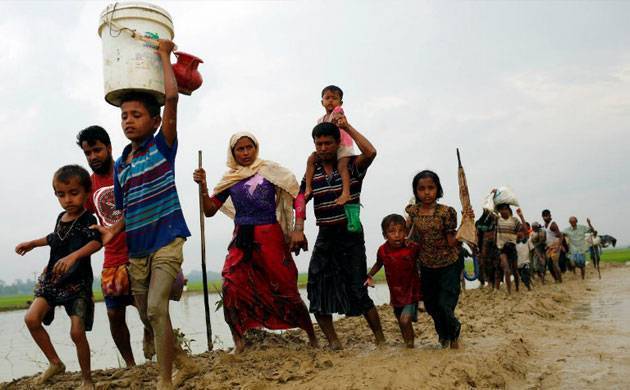 Notably, they appreciated the PM for her humanitarian gesture in sheltering the forcibly displaced Rohingyas and said they would continue to support Bangladesh over the Rohingya issue.

Regarding Bangladesh-UK relations, the PM said Britain has continuously been giving assistance to Bangladesh for its development, particularly to deal with the huge influx of refugees.

In brief, the delegation members also said the name of Bangladesh was mentioned in many UK reports for its success on family planning issues. They lauded Bangladesh’s socio-economic development.

Lastly, Hasina said her government was working tirelessly for the country’s development. “My main task is to improve the condition of the rural areas and the rural masses.”