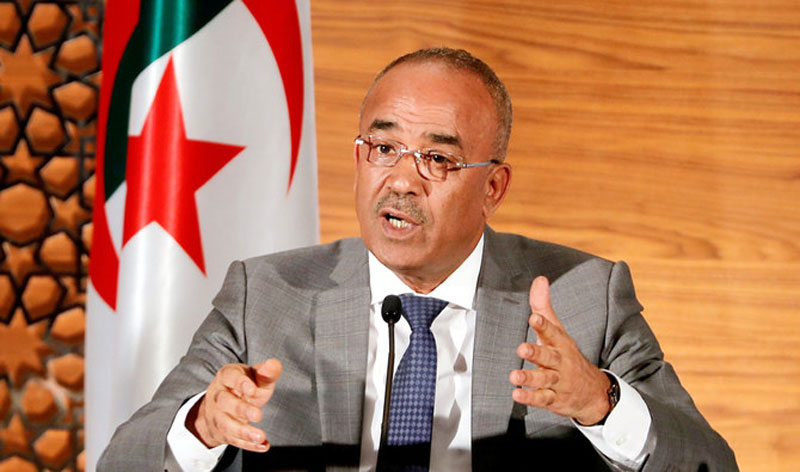 Algerian Prime Minister Noureddine Bedoui will resign soon to pave the way for elections this year that the army sees as the only way to end a standoff over months of protests, two senior sources told Reuters on Tuesday.

Bedoui’s departure is a major demand of protesters, who in April forced president Abdelaziz Bouteflika to quit after 20 years in office, and who have rejected fresh elections until there is a more thorough change of the power structure.

Bedoui’s departure is intended to “facilitate” the holding of elections said the two senior officials, speaking on condition they were not further identified.

Powerful army chief Lieut. Gen. Ahmed Gaed Saleh said last week that the electoral commission should by Sept. 15 call an election, a move that would trigger a 90-day countdown to the vote.

Students holding a weekly protest on Tuesday chanted that they would accept no elections “until the gang is removed,” a reference to Bouteflika’s power circle, an elite entrenched largely since independence from France in 1962.

Sources close to prominent figures including former Prime Minister Mouloud Hamrouche and human rights lawyer Mustapha Bouchachi have said they are considering running for president if the election is called.

The mass demonstrations began in February and have continued since Bouteflika’s departure, with the loose-knit “Herak” movement demanding that all figures associated with him also leave and that the army play a smaller role in state affairs.

The election had been scheduled for July, but was postponed as a result of the crisis, leaving major oil and gas-exporter Algeria in a constitutional deadlock.

Over the summer the authorities have made concessions by arresting more prominent figures linked to Bouteflika on corruption charges, while increasing the pressure on protesters with a bigger police presence at demonstrations.

However, Herak has no formal leaders, making it hard to negotiate with. “We will not stop protests, this is our chance to uproot the corrupt system,” Khelifa Saad, 20, said at a protest on Tuesday in Algiers.

Two sources familiar with former PM Hamrouche said he was expected to run for president, though he has made no formal announcement yet.

Hamrouche, 76, headed the government from 1989-91, departing months before the military canceled a 1992 parliamentary election that an Islamic party was poised to win, plunging Algeria into a civil war that claimed 200,000 lives.

A candidate in the 1999 presidential election, he withdrew at the last minute after senior figures endorsed Bouteflika.

Hamrouche presents himself as a reformer, seeking better governance and economic diversification, and as a consensus choice, and would seek the support of the army, the formal opposition and protesters.

Two sources from inside Bouchachi’s circle said he would run if Bouteflika’s close allies were removed from power and an independent body set up to oversee the vote. Bouchachi, a 65-year-old former member of Parliament, human rights activist and lawyer, has been prominent on social media after strongly backing protesters since February.