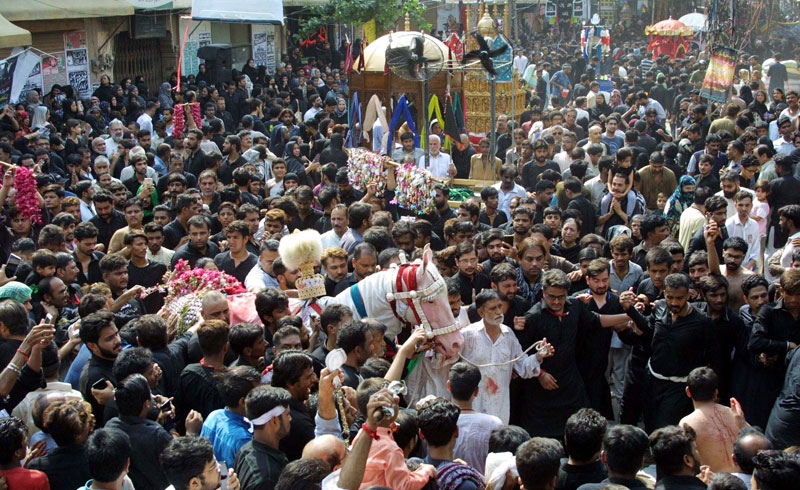 Large processions on the 9th of Muharram were carried out in different cities across the country to keep the memory of Karbala alive in the hearts and minds of the faithful.

Processions are also proceeding peacefully in the federal capital as well as the provincial capitals Quetta and Peshawar. Mobile phone services have been suspended in Quetta due to security concerns and will resume at midnight.

Tight security arrangements have been made by authorities to facilitate the processions. Mobile phone services have been suspended along the routes of the main Muharram procession in Karachi and Lahore.

Earlier on Sunday, the provincial government had announced a ban on pillion riding across Sindh, including Karachi, on the 9th and 10th Muharram.

According to reports, as many as 69,545 police personnel would perform security duties across the province, including 17,558 in Karachi. 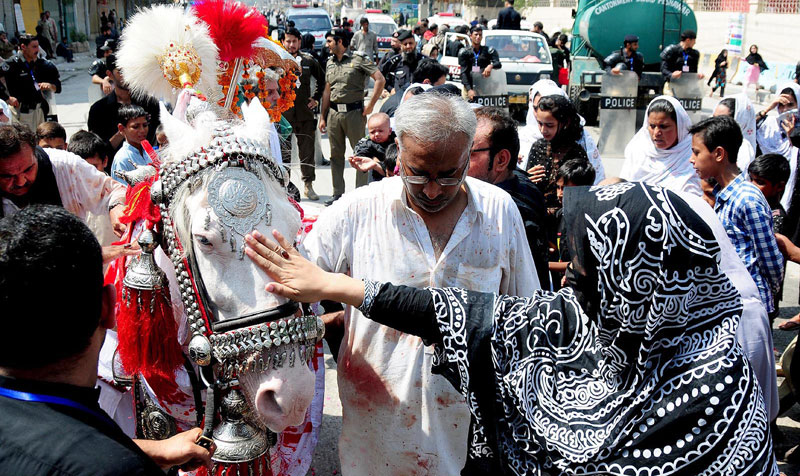 The Pakistan Telecommunication Authority (PTA) had announced on Sunday that mobile phone services would be suspended on Muharram 9 and 10 in specified areas of all the cities across the country.

While the PTA did not confirm the exact timings, the cellular services – particularly in areas through which processions pass – are expected to remain suspended from morning till 6pm today (Tuesday).

A senior official in the Ministry of Interior said that a specific notification had been issued by the government. Without naming localities, the official said cellular services in all the cities across Pakistan would be suspended in the areas identified and indicated by the district administrations and the police in their respective cities for the safety of mourners during processions.

In Karachi, 263 different processions were taken out to commemorate the sacrifices made on Muharram 9. In light of this, a plan was set by the Karachi traffic police to minimise the impact of roadblocks on the flow of traffic.

As per the plan, on Muharram 9, at 9am, an Alam procession was taken out from Markazi Imambargah, Liaquatabad. 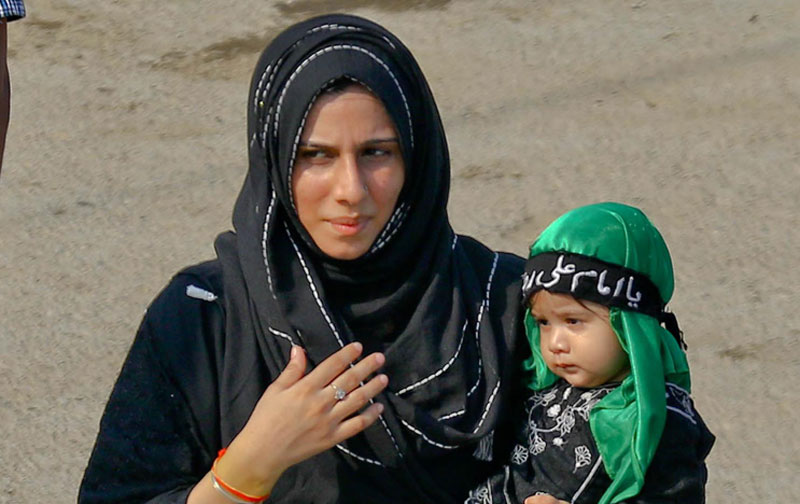 This procession first went to Martin Road Imambargah and thereafter to Nishtar Park, where a Majlis was held.

At about noon, the procession was taken out from Nishtar Park for Hussainian Iranian Imambargah, Kharadar.

As soon as the procession started from Nishtar Park, all vehicular traffic coming from the city side was diverted towards Soldier Bazaar Road from the junction of MA Jinnah Road/Dr Dawood Pota Road.

All traffic coming from the Nazimabad side was diverted towards Lasbela, Nishtar Road and Zoological Gardens.

All traffic coming from the Liaquatabad side was diverted onto Martin Road towards the Central Jail Karachi.

All traffic coming from the Stadium Road side proceeded via New MA Jinnah Road. These vehicles were diverted towards Dada Bhoy Noorji Road towards Kashmir Road, Society Light Signal, Shahrah-i-Quaideen to Sharea Faisal.

All traffic coming from the Super Highway was diverted from Liaquatabad No 10 towards Chowrangi No 2 Nazimabad and proceeded via Habib Bank Chowk, Estate Avenue Road, Sher Shah to Mauripur Road. For the return journey, these vehicles adopted the same route. 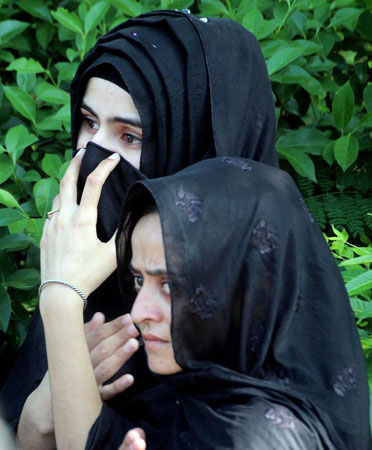 No traffic was permitted to proceed towards the route of the procession from Gurumandir (roundabout).

All traffic coming towards the Quaid-i-Azam’s mausoleum via MA Jinnah Road was diverted towards Bahadur Yar Jang Road. No vehicular traffic was permitted to proceed towards Purani Numaish under any circumstances.

All vehicular traffic approaching Purani Numaish via Shahra-e-Quaideen (except those arriving for participating in the procession having stickers pasted on their windscreens issued from this office) was not allowed to proceed from the roundabout of the Society Office roundabout behind the mausoleum.

All traffic going towards Saddar and other colonies was not permitted to proceed towards Empress Market from the junction of Preedy Street/MA Jinnah Road, Court Road Chowk and Fresko Chowk when the head of the procession reaches near the crossing of MA Jinnah Road/Mansfield Street.

After Maghrib prayers, the procession followed its usual route and reached Khaima-i-Sadat where a majlis was held. Then the procession once again reached Pandu Street where it culminated. 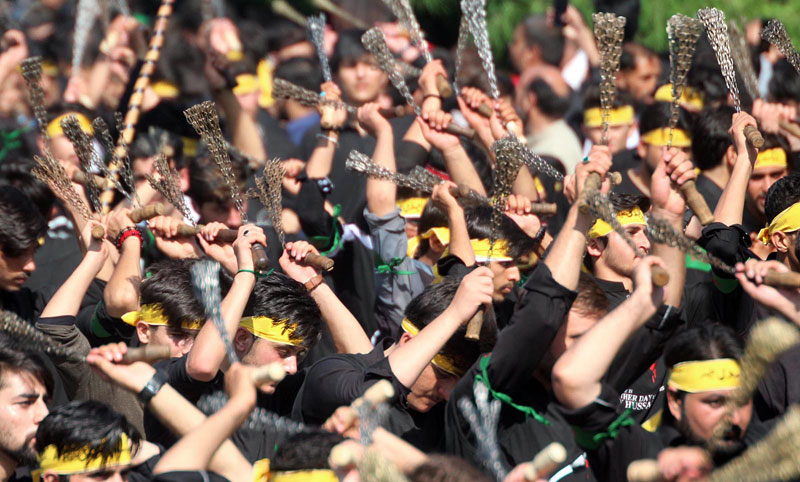 The Punjab government has set up control rooms in all districts of Lahore and is monitoring majalis and processions to ensure security arrangements.

According to reports, as many as 33,356 majalis would be held and 8,674 processions would be taken out in the Punjab province during the holy month.

The district administration decided to close the route for the Muharram 9 mourning procession after Asr prayers.

Two processions were taken out in the city. The first, which departed from the same location, reached its destination, Imambargah Jamia Isna Ashri at 10pm. The second departed from Imambargah Moosa Kazim at 12 in the night and culminated at the same venue at 5am.

Traders in Raja Bazaar and nearby areas have been told to close their markets, and the Taleemul Quran seminary has announced a two-day holiday for its students. 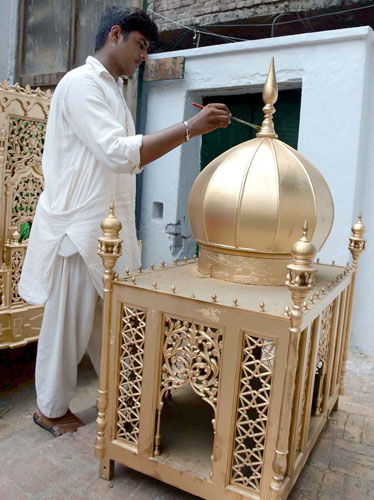 The administration turned down a request from traders to close down Raja Bazaar and other markets at night so they could return home easily.

The district administration, meanwhile, has asked the Taleemul Quran seminary to close for four days to avoid a situation similar to the violence in 2013, when the seminary, mosque and more than 100 shops were burned down and Imambargahs were damaged on Ashura on November 15.

However, the seminary gave its students two days off, and will be shut during the procession. 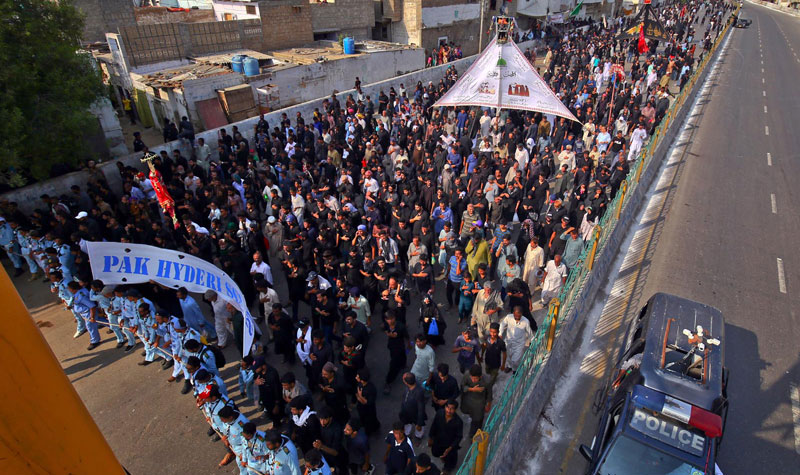 Deputy Commissioner Ali Randhawa said that the district administration and local police had made arrangements to maintain the peace in Muharram.

He said loudspeakers were not allowed in the district under the National Action Plan, particularly during Muharram and for Friday congregations. Local police and administration officials will remain at the Raja Bazaar mosque to avoid any untoward situation, he said.

He said arrangements have been made to avoid a situation similar to 2013, and religious scholars asked to help the administration and police maintain the peace have assured their support.