* The awards were well-attended by media representatives, public officers from various departments, socialites and award recipients 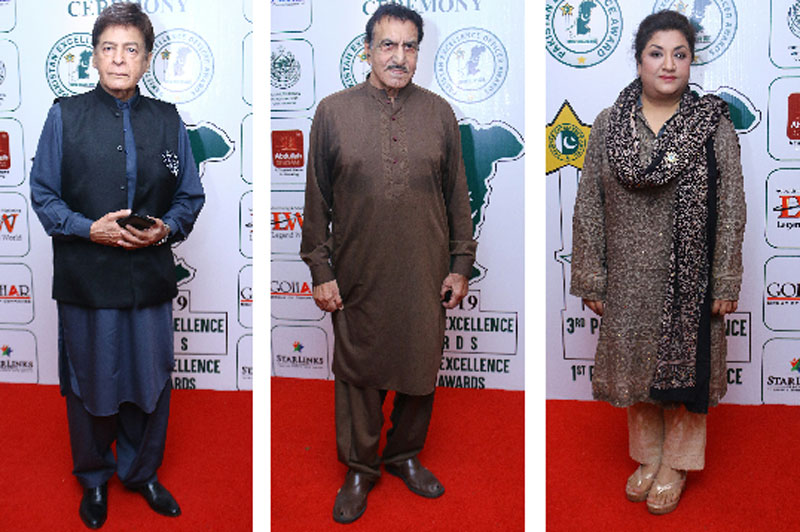 To celebrate 72 years of Independence of Pakistan, the organising committee of Pakistan Excellence Awards held an awards ceremony at a local hotel to pay tribute to the officers of Pakistan as well as veteran showbiz personalities for their invaluable contribution to the industry.

Addressing the audience, the chief guest on the occasion, Minister of Culture, Sardar Ali Shah said, “I salute Pakistan Excellence Awards for honouring people, especially public officers, in their lifetime – something I have never seen before. I hope this will set a trend and will mark the beginning of many such awards in the future.”

The evening began with guests assembling at the Red Carpet and having their pictures taken. Once everyone was seated, the show began with the recitation of the Holy Quran and Naat by Qari Mumtaz, followed by National Anthem and a national song by Sabri Brothers.

Chairman Pakistan excellence Awards, Hameed Bhutto said, “While Pakistan Excellence Awards is honouring showbiz personalities for the third consecutive year, this year we have changed the format somewhat to honour seasoned celebrities that have given so much to Pakistan with their talent, and have also introduced Officers’ Public Service Awards in order to recognise the efforts of a sector that normally gets ignored. 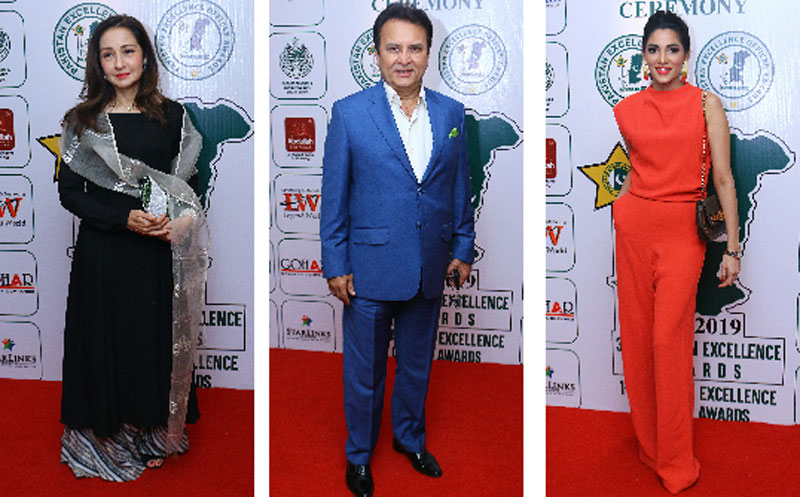 Pakistan Excellence Awards is presenting a token of appreciation to those who have served Pakistan with their extraordinary contribution. We are looking forward to awarding more and more deserving officers based on merit, so as to improve the bureaucracy of Pakistan hoping that others will also fulfil their duties with responsibility.”

Speaking on the occasion, one of the patrons of Pakistan Excellence Award, Muhammad Iqbal Qureshi said, “Pakistan Excellence Award believes in encouraging good work no matter what field a person belongs to which is why we keep broadening our scope of award winners”. Chief Patron Anwar Ali Sangi said, “The true expression of our love for our country and its people is to appreciate those who serve our great country well. This award ceremony serves this very purpose.”

M. Hanif Gohar, patron of PEA said, “It is important that we, being a part of this fantastic country should play a pivotal role in its development. By conducting Pakistan Excellence Awards every year, out team aims to identify individual efforts and services and encourage and motivate them to continue being an active member of the society”.

The evening concluded with a delicious dinner and an entertaining music programme.

The PR of the event was handled by Starlinks PR & Events.