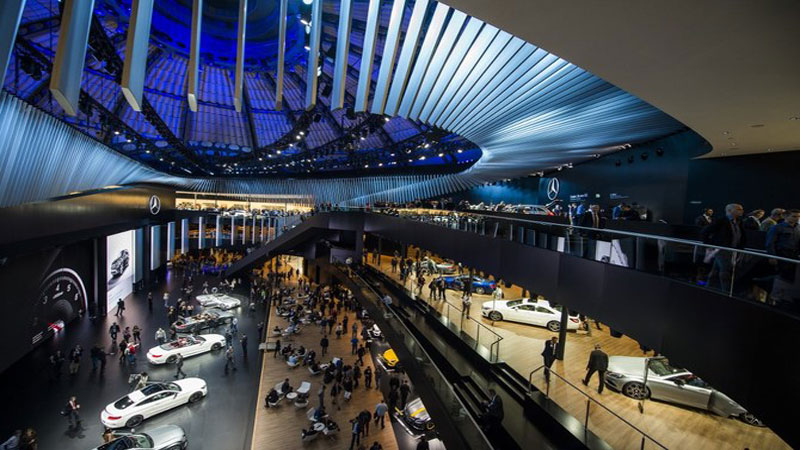 Frankfurt’s biennial International Auto Show (IAA) opens its doors to the public Thursday, but major foreign carmakers are staying away while climate demonstrators march outside — forming a microcosm of the industry’s woes.

“There have never been so many cancelations by carmakers,” said Ferdinand Dudenhoeffer of the Center for Automotive Research (CAR).

“The IAA is turning into a trade fair packed with problems,” he added, in the image of the German manufacturers who host it.

Giants like Mercedes-Benz maker Daimler, BMW and Volkswagen are seeing their engineering advantage and profit margins eroded — even as the global economic outlook darkens.

The potential blow of US tariffs on European auto imports hangs over many carmakers, who have already suffered from an escalating Washington-Beijing trade confrontation due to their American factories.

Meanwhile three of the world’s four largest carmakers will stay away from the IAA this year: the French-Japanese Renault-Nissan-Mitsubishi alliance, Japan’s Toyota and US-based General Motors (GM).

Other heavyweights like Italian-American Fiat-Chrysler and France’s PSA have also absented themselves, as well as some of the best-known luxury brands.

If manufacturers cannot squeeze the average carbon dioxide (CO2) output of their fleets below 95 grams per kilometer, they will be fined a hefty €95 ($105) per excess gram on each car registered.

After years of delay, German manufacturers still lag foreign competitors like California’s Tesla on the costly research and development for electric alternatives that can score in the mass market.

Even at the high end, Volkswagen subsidiary Audi has failed to dent Tesla with its e-Tron electric SUV.

And stablemate Porsche is betting buyers will be prepared to fork out a massive premium over the Californian brand’s top models for its new battery-powered Taycan.

That makes VW’s Frankfurt launch of its ID.3 — a compact all-electric car that it compares to the legendary Beetle and Golf — of vital importance, as the tip of the spear in the sprawling conglomerate’s …30-billion electric offensive.

The first model based on VW’s modular MEB electric platform, ID.3 “is almost critical to survival” for the company, Stefan Bratzel of the Center of Automotive Management said.

“It has to be a success, the shot has to hit home, because a lot is riding on it.” Where big international competitors will be lacking, climate demonstrators are planning to make up the numbers at this year’s IAA.

Thousands are expected to hit the streets Saturday, reaching the trade fair on bicycles or on foot, while a blockade is scheduled Sunday amid calls for a “transport revolution.”

After taking on coal mining over the summer, the environmentalists are turning their fire on a sector that long seemed untouchable.

But the winds are changing in German politics.

Climate change has shot up voters’ agenda after a fierce 2018 drought and months of “Fridays for Future” demonstrations by schoolchildren, while the Greens are polling at unprecedented levels and made big gains in this year’s European elections.