* Athens has repeatedly called for the permanent return of the 2,500-year-old sculptures that Britain's Lord Elgin removed from the Acropolis temple 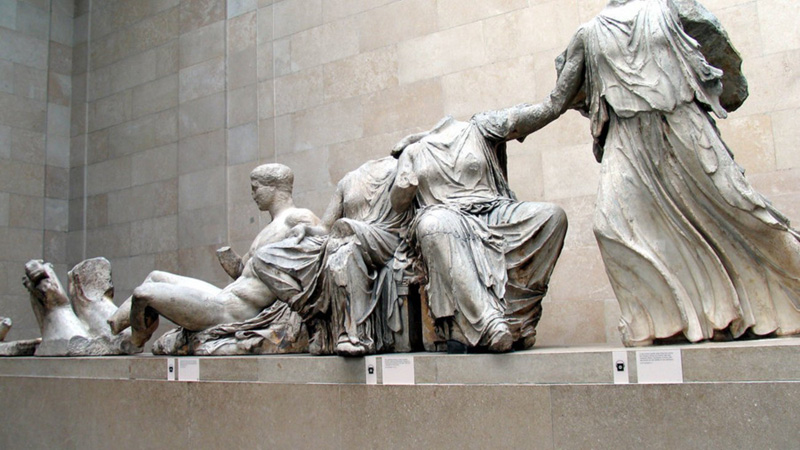 Greece confirmed on Tuesday its readiness to loan treasures to the British Museum in return for being able to temporarily exhibit the Parthenon marbles but also said the proposal did not alter its long-standing demand for their permanent return.

Prime Minister Kyriakos Mitsotakis told Britain’s Observer newspaper on Sunday he was willing to lend important artefacts to London that “have never left Greece” in return for putting the marbles on display in Athens in 2021, when the country marks 200 years since the start of its War of Independence.

Athens has repeatedly called for the permanent return of the 2,500-year-old sculptures that Britain’s Lord Elgin removed from the Acropolis temple during a period when Greece was under Ottoman Turkish rule.

The British Museum, custodian of the marbles, has ruled out returning them, saying “the sculptures are part of everyone’s shared heritage and transcend cultural boundaries”.

“… given the significance of 2021, I will propose to (British Prime Minister) Boris (Johnson: ‘As a first move, loan me the sculptures for a certain period of time and I will send you very important artefacts that have never left Greece to be exhibited in the British Museum,” Mitsotakis told the Observer.

The British Museum, custodian of the marbles, has ruled out returning them, saying ‘the sculptures are part of everyone’s shared heritage and transcend cultural boundaries’

Greek Culture Minister Lina Mendoni told Skai TV on Tuesday her ministry would submit an official request to Britain when the prime minister decides to do so. 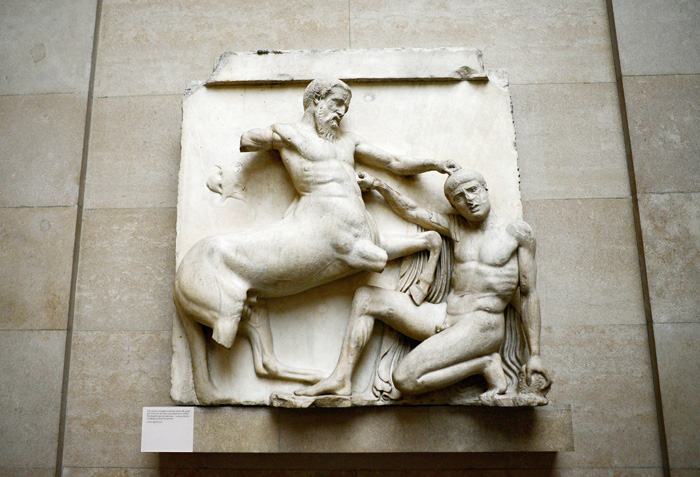 Asked whether such a request for a loan of the marbles implied that Athens acknowledges that Britain has rights over them, she said the prime minister’s request was clear and that “rights could not arise from theft”.

“The Greek position has not changed in any way simply because we cannot accept the theft,” she said. “A loan, the prime minister’s proposal to exhibit the sculptures in Athens, is unrelated and does not change our long-standing demand”.

Athens has stepped up its campaign in recent years for the return of the marbles after opening a new museum in 2009 at the foot of the Acropolis hill that it hopes will one day house the sculptures.