* PM says India's violation of all international laws, including humanitarian laws, is there for the world to see
* World can no more feign ignorance as it did at Munich in 1938 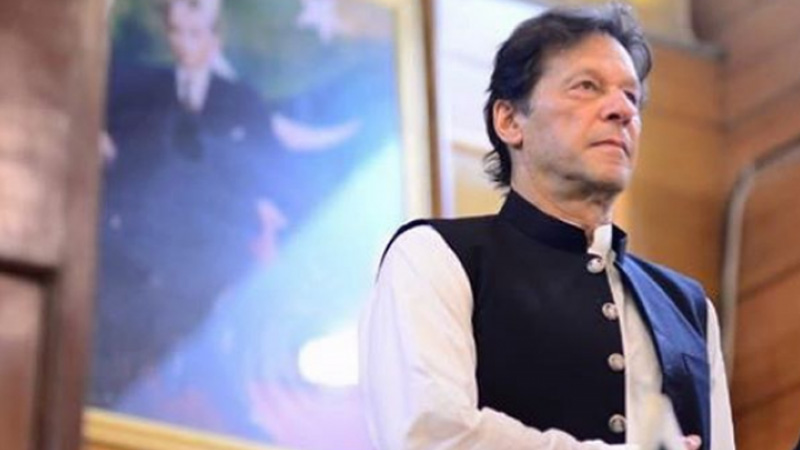 Prime Minister Imran Khan on Thursday said the world cannot feign ignorance as it did at Munich in 1938 and asked whether the international community’s humanity has died when Muslims are being persecuted in Indian-held Kashmir (IHK).

“The fascist, Hindu-Supremacist design of the Modi Government with its ethnic cleansing and genocide of Muslims’ agenda in IOJK, in India itself (Assam) & beyond into AJK is now overt for all the world to see,” the prime minister said in a series of tweets. He said India’s violation of all international laws including humanitarian laws is there for the world to see. “So why is the world silent? Is the international community’s humanity dead when Muslims are being persecuted? What message is being sent to the 1.3 billion Muslims across the world,” he lamented.

The prime minister said that hospitals have run out of medical supplies, basic necessities are in short supply, but a communication blackout has deprived Kashmiris a voice to the outside world and their families. “Despite this, tales of horror are finding their way into the international media,” he added.

“Today is the 32nd day of the siege of IOJK by the Indian Occupation Forces of the Modi Govt. Under cover of this siege, Indian forces have killed, injured (with pellet guns), abused Kashmiri men, women & children. Men have been taken away & thrown into prisons across India,” he tweeted.

The prime minister’s tweets came as strict curfew and communication blackout imposed by the Indian authorities entered second month on Thursday, with normal life paralysed and humanitarian crisis aggravating with each passing day. The occupying forces continue to clamp curfew and snap communication services including internet, mobile, landline telephones and TV channels in the valley and five districts of Jammu since August 5 when Indian government repealed the special status of Kashmir. The residents are suffering immensely as valley remains cut off from the rest of the world since then. People are facing acute shortage of daily commodities and life-saving medicines.

Noted Indian journalist Nirupama Subramanian, who recently returned to India from Kashmir, while belying New Delhi’s claim said the situation in the valley is far from being normal. In a series of tweets, she narrated how people of occupied valley are angry with the government of India. She said there is no politician in the valley who can sell New Delhi’s scheme to the people.

Meanwhile, Hurriyat activists through posters and handbills posted in streets of occupied Kashmir have said that the people of Kashmir will never allow anyone to come and bring Hindutva along in the territory. The Kashmiri leaders responded to the announcement of Maharashtra government that it plans to buy land in the occupied territory.

Also on Thursday, Special Assistant to Prime Minister on Information and Broadcasting Dr Firdous Ashiq Awan said the Defence Day will be celebrated as a day to express solidarity with brave people of Kashmir. In a tweet, she said Kashmir is the defence line of Pakistan and strengthening the viewpoint of Kashmiris is akin to strengthening defence of Pakistan. She said Pakistan steadfastly stands with Kashmiris and will continue to expose the Indian oppression at every front.