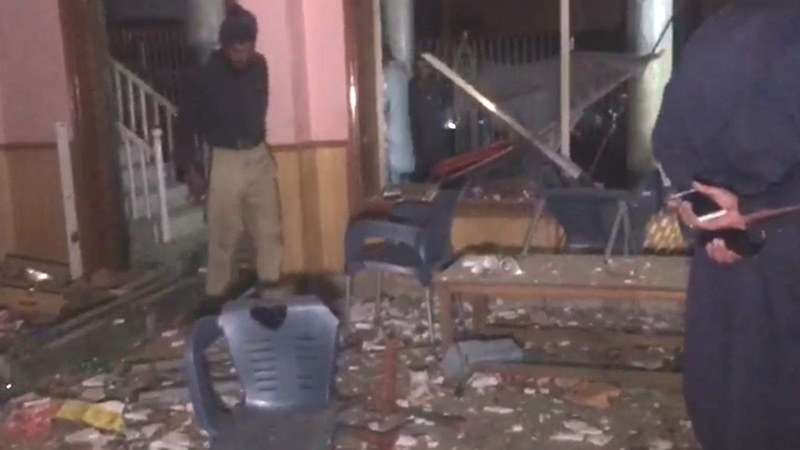 According to police officials, the first IED went off at the office of a transport company in the Khezai Chowk area. As the police, rescue workers and reporters gathered at the site, the second IED exploded.

Liaqat Shahwani, the spokesman for Balochistan government, confirmed the number of casualties.

Six policemen, including two officers, and a reporter Ibrar Ahmed and cameraman Rehmat Ali were also among the injured, he added.

The injured were rushed to various hospitals of Quetta for treatment.

This is the fifth explosion that has taken place in Quetta over the past four weeks.

Meanwhile, lady health worker was killed by gunmen in Pishtakhara area of Peshawar on Thursday.

According to details, the armed men opened fire on 38-year-old Shazia when she was in her car in Madina Colony. Shazia had worked in a private organisation where she administered injections to the patients.