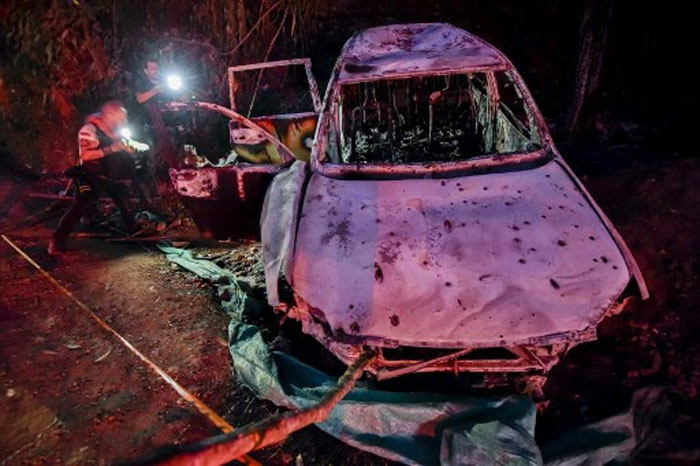 A woman running for small town mayor and a candidate for city council were among six people shot and killed in Colombia, an official said Monday (Sep 2). The killing was the first of a candidate for October local and regional elections and came days after some prominent former members of the rebel group said they were rearming. An armored car carrying all six was hit by long-range weapons and later set on fire in the attack Sunday night in southwest Cauca department, the regional ombudsman Jair Rossi told AFP. Karina Garcia was running for mayor of the town of Suarez in October elections. The other fatalities included her mother and the city council candidate. The Suarez area is torn by violence stemming from drug trafficking and illegal mining, Rossi said. Garcia had received threats from supporters of other candidates, her father Orlando Garcia said.