‘Untouchable’ — the rise and fall of Harvey Weinstein 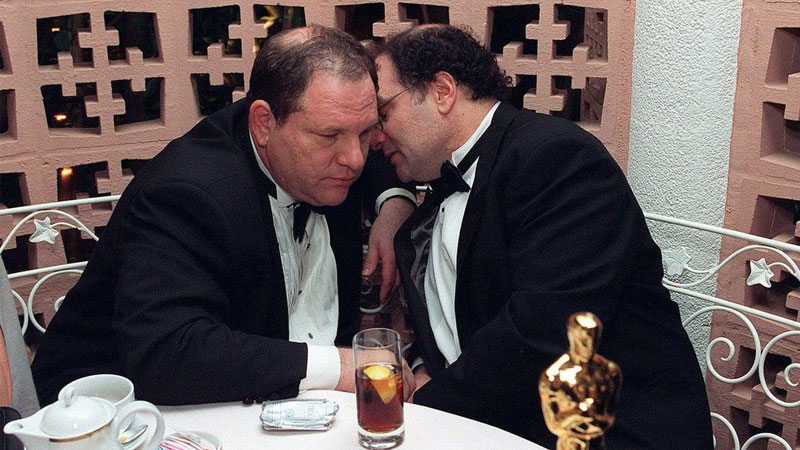 The stories are legion and they are remarkably similar. Some begin in a Buffalo, New York, concert hall in 1978; others in a five-star hotel in Venice in 1998. But it usually starts with a seemingly benign offer of help, or a friendly chat, or a meeting about the next step in someone’s career. Then maybe, suddenly, there’s only one room on a business trip because of a booking “mistake.” Or a lunch meeting mysteriously gets moved to a penthouse suite. Or an insistence that this man, a modern-day movie mogul who virtually kickstarted the contemporary American independent film movement and crafted the art of aggressive Oscar campaigning, be invited into someone’s apartment for a nightcap. Some stories reach a much, much worse conclusion than others. But they all end in threats, humiliation, trauma and some sort of professional blowback. Only the names change.

You will hear a number of these tales in ‘Untouchable’, Ursula Macfarlane’s documentary on the sexual harassment allegations against Harvey Weinstein and the repetitive nature of the testimonies does not make it any easier to hear them. Each is like a fresh pinch of salt being sifted onto a cut, one that refuses to scar over – it’s partially what gives this portrait of a monster its power. The fact that the cofounder of Miramax was a bully with endless anger-management issues was common knowledge even outside of the industry; anecdotes about physical altercations at Sundance and destructive temper tantrums in his Tribeca offices were part of his larger-than-life legend. Even close collaborators had a tinge of fear in their voice when they talked about him. More than one person compared him to a gangster. The man came off like a thuggish brute even when he was in a perfectly tailored tuxedo.

But the numerous incidents with actresses and female assistants that Weinstein claims were consensual and which the other parties involved clearly insist were not – they were an open secret among folks who worked with and for him. And the fact that it took decades to finally hold him accountable for such pathological and destructive behaviour speaks to how Hollywood and society at large allowed these things to continually happen time and again. Some had tried, of course; New Yorker reporter Ken Auletta is given plenty of screen time to describe how painful it was to not hold the man to task in his 2003 profile of Weinstein. But if Untouchable does nothing else, it demonstrates how patterns of intimidation and the power to destroy lives flourish in systems that allow for the turning of blind eyes. It was just the cost of doing business with Harvey, until thankfully, it wasn’t.

Macfarlane also does a great job of laying out where the man came from and how he went from a concert promoter in Buffalo to the second coming of Louis B. Mayer. You get a sense of how a young man with a talent for marketing and a taste for being around celebrities established himself as the frizzy-haired guy you had to talk to if your band was coming to town, and after partnering with his brother Bob, how Harvey would turn Miramax into the hippest studio in town, ’90s division. The trifecta of Cinema Paradiso, My Left Foot and Sex, Lies and Videotape – the nauseating irony of that last title being namechecked here – becomes a turning point. Soon, Disney comes calling, and the Weinstein brothers are genuine players.

But the bad behaviour started long before that, as the first story from Harvey’s associate from his concert-throwing days, Hope D’Amore, recalls him crawling into her bed naked and wearing her defenses down. Miramax employees share second-hand horror stories. Quebeçois actor Erika Rosenbaum recalls rebuffing his advances on one occasion and thinking she’d demonstrated that she was not that kind of woman … then, years later, having to get herself out of another dangerous situation with him. Nanette Klatt talks about him demanding to see her breasts, and when she didn’t comply, how he forced her to walk down a dark staircase – knowing that she was partially blind and that it put her at great risk. Rosanna Arquette, Caitlin Dulany, Louise Godbold and Paz De La Huerta, who sounds absolutely broken, each detail horrific stories of coercion, career derailment, “massages” and worse. Some 80 women would end up coming forward. 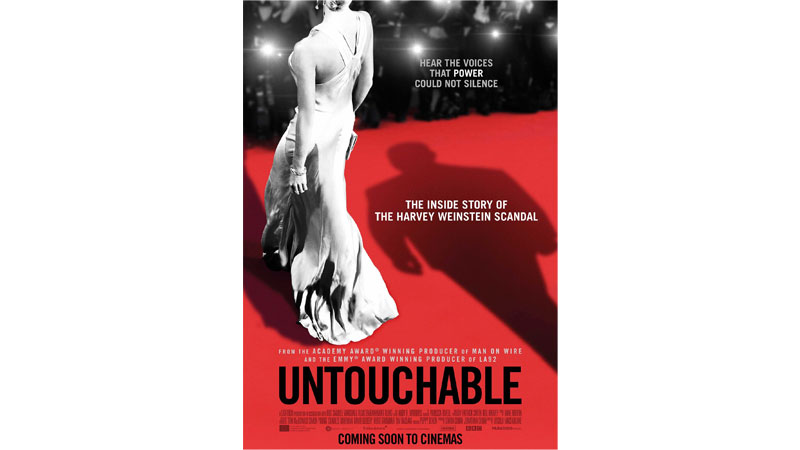 If you’ve been following the case since the one-two punch of a New York Times investigation and Ronan Farrow’s New Yorker exposé, you know the details. And you’re aware of what happened between Weinstein and the famous women who didn’t sit for Macfarlane’s camera and have also accused him of criminal conduct, represented here in a rapidfire montage. You could argue that not hearing them weigh in directly makes Untouchable a less-than-definitive account, or that the way the case helped lay the ground for the #MeToo movement is handled a little sloppily. No one wants to watch more interviews of people reliving truly heinous moments of their life, yet you wish the doc went just a bit deeper, expanded its horizons a tad more; you feel like Rebecca Traister’s account of witnessing Weinstein lose his shit and several ex-Miramax bigwigs bemoaning their complicity is only scratching the full story’s scummy surface.

As a sort of Harvey’s Worst Hits compilation, however, the movie makes for both an excellent introductory primer and a strong case for the prosecution. It also never ignores the big picture. The thuggish mogul used his power, wealth and influence to allegedly commit all sorts of abuse. Here’s how, and to a certain degree why, he may have done these things, the film says…before hastening to remind us that while he may have been the self-proclaimed “sheriff of this shit-ass fucking town,” he was just one formerly too-big-to-fail toxic male among many, many, many others.