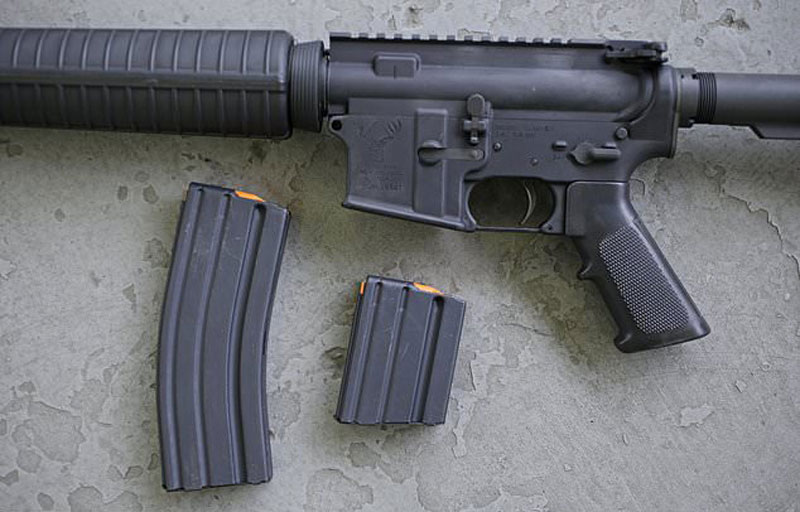 Lawmakers around the country are making a renewed push to ban high-capacity magazines that gunmen have used in many recent massacres, allowing them to inflict mass casualties at a startling rate before police can stop the carnage.

Nine states have passed laws restricting magazine capacity to 10 to 15 bullets, and the Democratic-led U.S. House plans to consider a similar ban at the federal level in the coming weeks.

In arguing for the bans, politicians, experts and gun-control advocates point out that in the time it takes for a driver to wait through a stop light, a shooter with a 100-round magazine can kill and injure dozens of people.

The man who opened fire in Dayton, Ohio, last month killed nine people and injured 27 others in only 30 seconds, in part because of the 100-bullet drum attached to his rifle. It only took 85 seconds for a gunman to empty several 30-round magazines at an IHOP in Carson City, Nevada, killing four people and injuring 14 in 2011.

Authorities have not released any information on the accessories the gunman in Odessa, Texas, used over the weekend when he opened fire on police and bystanders with an AR-style weapon.

The deadliest example occurred in Las Vegas two years ago when a gunman possessed a dozen 100-round magazines that helped him squeeze off 10 rounds per second onto a crowd of concert-goers from his hotel room, killing 58 people.

Las Vegas gunman Stephen Paddock had an arsenal of high-powered rifles along with his large-capacity magazines and bump stocks – now-banned devices that attach to a gun to make it fire bullets more rapidly. The Trump administration banned bump stocks after that massacre, but the high-capacity magazines that smoothly fed hundreds of bullets into Paddock’s rifles remain legal.

“We know from video evidence that he was firing about 10 rounds per second,” said Louis Klarevas, a research professor at Teachers College, Columbia University. “The reason he was able to do that was he had a combination of assault rifles with bump stocks and large-capacity magazines. Imagine if he only had 10-round magazines. He would only have shot 10 rounds at a time.”

The Keep Americans Safe Act will soon be debated in the House Judiciary Committee. It would prohibit the transfer, importation or possession of magazines that hold more than 10 rounds of ammunition. The bill is co-sponsored by three Democratic members of Congress whose states suffered mass shooting involving these magazines: Ted Deutch of Florida, Diana DeGette of Colorado and Dina Titus of Nevada.

“There is only one purpose for a high-capacity magazine: to maximize human casualties and allow gunmen to fire more rounds of ammunition at a time without reloading,” Deutch said in a statement. “But those precious seconds it takes to reload can mean saving countless lives.”

Firearm magazines are not regulated by federal law, but some states have set limits on their sizes. They include California, Colorado, Connecticut, Hawaii, Maryland, Massachusetts, New Jersey, New York, Vermont and Washington D.C.

More Republicans are warming up to the idea as well. Rep. Mike Turner of Ohio called for legislation after the Dayton killings that would put a limit on magazine sizes, as well as a ban on the sale of military-style weapons.

But federal legislation is expected to face deep resistance in the Republican-led Senate and from the National Rifle Association. Critics point out that there are millions of high-capacity magazines in circulation, limiting the effectiveness of a ban.

Alan Gottlieb, with the Bellevue, Washington-based Second Amendment Foundation, said large-capacity magazines are important for self-defense and can help when there are multiple attackers in a home. “Plus, it only takes one second to switch out one magazine for another,” he said. “There are lots of videos on how easy it is to do that.”