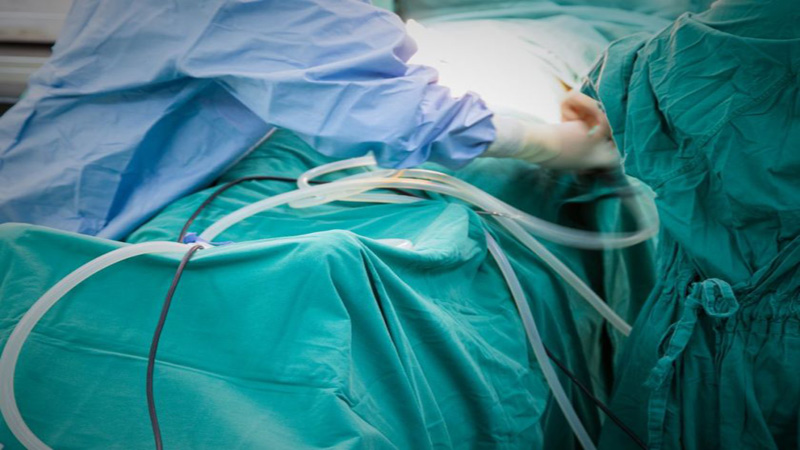 For obese diabetics in a large US study, weight-loss surgery was linked with a significant reduction in long-term rates of major cardiovascular problems.

The study doesn’t prove that surgery caused the better outcomes. But researchers found that obese individuals with type 2 diabetes who had weight-loss surgery were roughly 35% less likely to experience problems like heart attacks, strokes, and heart failure, and they were less likely to die during the study. They also lost more weight, controlled their diabetes better, and reduced the amount of medication they took.

Researchers at the Cleveland Clinic compared 2,287 adults with type 2 diabetes who underwent various types of so-called bariatric surgery and 11,435 similar adults who did not have surgery. Half of the study participants were tracked for at least four years.

Everyone in the study had a body mass index above 30, and most had a BMI above 40. They also were taking at least one medication for diabetes or had a glycated hemoglobin (HbA1c) level of 6.5% or more, indicating poor control of their blood sugar levels.

Eight years after the study began, a first-time major cardiovascular event had occurred in 31% of people who had surgery and in 48% of those who didn’t.

Patients who had surgery lost an average of about 64 pounds; control group patients lost about 19 pounds, on average. Average HbA1c levels were 1.1% lower in the surgery group than in the control group by the end of the study, by which time surgery patients also were taking fewer diabetes and heart medications.

Diabetics are two to four times more likely to die from heart disease than people without diabetes, the researchers note in a report published in the Journal of the American Medical Association to coincide with a presentation Monday at the European Society of Cardiology meeting in Paris.

Aminian believes that for diabetic patients with obesity, bariatric surgery should be recommended as early as possible. “It shouldn’t be seen as a last resort,” he said.

Still, Aminian and colleagues point out, an observational study such as this one can’t prove cause and effect. Other factors, aside from the surgery, might explain the results.

The study’s limitations were also cited by endocrinologist Dr. Jeffrey Mechanick, who was not involved in the research.

“The study is retrospective, not prospective,” said Mechanick, who is medical director of the Marie-Josee and Henry R. Kravis Center for Cardiovascular Health at Mount Sinai Heart and Icahn School of Medicine at Mount Sinai in New York City. “The reason we need a prospective study is because doctors would not normally suggest surgery for low-risk patients.”

Further, he said in a phone interview, the study doesn’t say whether the non-surgical group received the most appropriate and aggressive medical therapy. And while the research shows benefit from surgery, it doesn’t show the lifelong durability or safety of the procedure.

The authors too say the effectiveness of weight-loss surgery for patients with diabetes and obesity needs confirmation in randomized trials.

The study was sponsored by Medtronic, which manufactures bariatric surgery equipment. Aminian and several coauthors have received grants from the company.