Taliban, US say they are at ‘threshold’ of peace deal 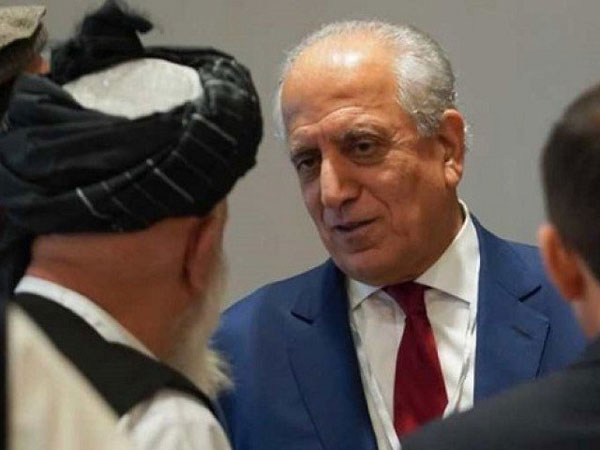 The Afghan Taliban and US negotiators said on Sunday they are at the “threshold” of an agreement that will end the nearly 18-year war in Afghanistan.

Both sides said they have concluded ninth round of talks in Qatar on Saturday. But they could not announce a peace deal that Afghans had anxiously awaited.

It seems the US has missed a deadline to strike the deal as Secretary of State Mike Pompeo announced in June to have a peace deal with the Taliban before September 1.

“We are at the threshold of an agreement that will reduce violence and open the door for Afghans to sit together to negotiate an honorable & sustainable peace and a unified, sovereign Afghanistan that does not threaten the United States, its allies, or any other country,” Khalilzad wrote on Twitter early Sunday.

Taliban spokesman Shaheen said both sides “successfully” completed the current round of negotiations Saturday night. He said it was agreed to complete some technical matters with American team when they were scheduled to meet Sunday.

“I assure our Mujahid and Muslim nation that we are at the threshold of an agreement to end invasion and find out a peaceful solution to the Afghan problem,” Shaheen said in a Pashto-language tweet. Khalilzad arrived in Kabul Sunday evening to share details of whatever he has finalised with the Taliban and sought their approval. He will meet President Ashraf Ghani and other leaders during his stay in Kabul.

Daily Times has learnt the US envoy is likely to visit Islamabad after Kabul’s trip to brief Pakistani leaders on the progress achieved in talks with the Taliban. Western sources in Islamabad say Khalilzad is also planned to travel to Brussels to share details of the negotiations with NATO officials.

Afghan media reported that President Ashraf Ghani consulted his close aides about the possible US-Taliban agreement that will be followed by intra-Afghan dialogue. Afghan government has announced a 15-member team for the intra-Afghan negotiations which are most likely to be held in Oslo within two weeks after the US-Taliban peace agreement is formally announced.

Taliban sources say that the US has agreed to withdraw all troops under the peace agreement and in return Taliban will ensure Afghan soil is not used against the US, its allies and any other countries. Taliban condemned American senator Lendsey Graham, one of President Donald Trump’s closest allies on Capitol Hill, for speaking against the complete withdrawal of American troops from Afghanistan.

“The war-mongering individuals such as member of US senate Lindsay Graham and those unpopular politicians in Afghanistan who consider their political presence a product of foreign occupation and therefore are vehemently opposed to the departure of American forces,” a Taliban commentary has said.

“Those insisting on war by opposing withdrawal of American forces have no ethical or legal justification for their claims and are pursuing their personal interests in the continuation of war. Public discourse labels such individuals as self-serving – those willing to sacrifice common interests and push nations into war, conflict and crisis for their own vested interests,” said the commentary “Withdrawal of American forces from Afghanistan in the interest of everyone” posted on Taliban’s official website.

It said Taliban believe that the withdrawal of American forces from Afghanistan is not detrimental for any party but is in the interest and for the benefit of everyone, adding “self-serving and war-mongering individuals must give precedence to the common interests of people and understand the pain of those directly affected by war.” Those who insist upon continuation of American “occupation” should attentively read the previous eighteen-year situation and also take into consideration optimism and hopes of the common people for negotiations and withdrawal of American forces.