* Musarrat Nazir's parents belonged to a middle-classfamily of Kashmiri origin, residing in Lahore 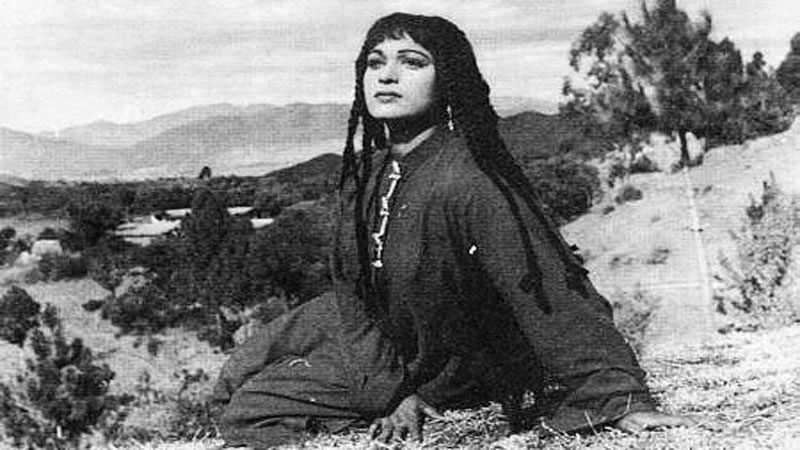 This golden jubilee film was released simultaneously in Karachi and Lahore Circuits on January 1962.

Her date of birth is October 13, 1940. Early in her life, her parents wanted her to be a doctor. So they provided her with the best possible education. Musarrat passed the matriculation examination with distinction and passed the intermediate examination from Kinnaird College, the best teaching institution in Lahore. She got married to a physician Dr Arshad Majeed and moved to Canada in 1965 when her film career was at its peak. They have three grown-up children. Dr Arshad’s father, Sheikh Majeed, is an entrepreneur and owns Lala Zaar cinema, Sialkot. The couple made a sincere effort to return to their homeland and settle in Lahore in the late 1970s. Arshad Majeed wanted to set up a hospital in Lahore and they had gone ahead and bought a home for this purpose. Due to various reasons the couple could not settle in Lahore.

TV CAREER – though her folk songs album had reached the ears of music lovers when she was abroad but her appearances in PTV music programmes while she was in Pakistan, caught attention. Her ‘Shadi/Bayah and Dholak Geets’ were very nice produced by Khwaja Najam ul Hassan. One of her1983 songs ‘Mera Laung Gawacha’ written by Khwaja Parvez was performed at the PTV Awards 1985-86. The other popular songs are ‘Gulshan Ki Baharon Mein’, ‘Chalay Tau Kat Hi Jaaye Ga Safar Ahistah, Ahistah’ composed by Khalil Ahmad.Critics believe that this song was lifted and copied for the popular song “Tumhe Apna Banane Ki Kasam” in the Indian movie Sarak, and again for the song “Tumhe Apna” for the film Hate Story 3, for which Bollywood did not give any credit to Musarrat Nazir, the original singer.

AWARDS – Nigar Awards for Best Actress in 1958, for the film Zehr-e-Ishq, in 1959, for the film Jhoomer and in 1962, for the film Shaheed. She bagged Pride of Performance Award from the President of Pakistan in 1989. g