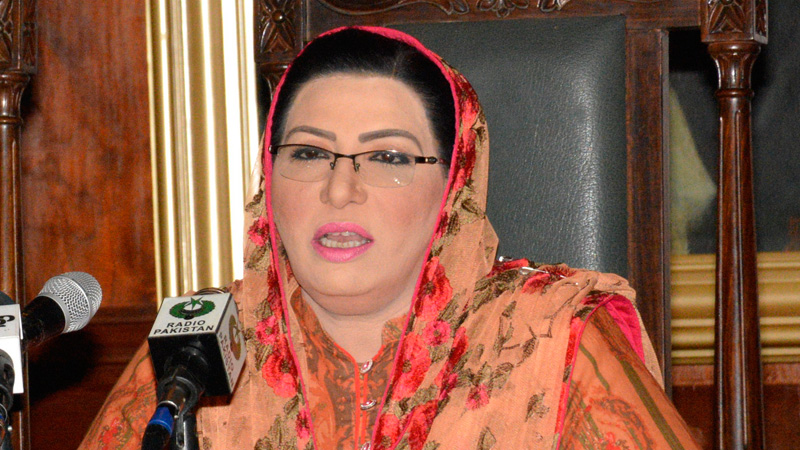 Special Assistant to the Prime Minister on Information and Broadcasting Dr Firdous Ashiq Awan has said that the two new members of Election Commission of Pakistan (ECP) from Sindh and Balochistan have been appointed according to the procedure prescribed in the constitution.

Dr Firdous, in a tweet on Saturday, said both new members appointed by the government are considered honest and legal experts as all the country’s bar associations and councils have supported the new appointments. The chief election commissioner cannot refuse from administering them oath under the law, she added. Reports had emerged on Friday that Chief Election Commissioner Justice (r) Sardar Muhammad Raza had refused to administer oath to two members of the Election Commission of Pakistan (ECP) recently appointed by President Arif Alvi. The chief election commissioner had refused to administer oath to the new members as he believed their appointment had not been carried out as per the constitution of Pakistan.

Separately, Special Assistant to Prime Minister on Information and Broadcasting on Saturday reiterated the country’s resolve if India makes an aggressive move and said the people stand shoulder to shoulder with its armed forces.

In an interview with Canadian-American media outlet Vice News, the special assistant expressed full confidence in the Pakistan Army. “War is not the solution to any problem but if India forces war on us, we know how to defend ourselves. We have the capacity, capability and commitment, which we have demonstrated before,” she said.

The de facto information minister said Indian Prime Minister Narendra Modi has erased the secular face of India and is moving towards a hardline Hindu state. “Pakistan tells the international community to intervene because of state terrorism by India and Modi’s personal conduct and the RSS ideology indicates that they have erased the secular face of India and they are moving towards a Hindu state. The first target is Muslims, and Kashmiris are an easy target for them,” she added.

Responding to a question regarding Kashmir being an Indian internal issue, the special assistant said it is a constitutional and legal issue. “India’s claims are baseless and fictitious because this is regarded as a disputed issue at an international level. The fact that the United Nations Security Council (UNSC) discussed the matter proves this isn’t solely an Indian issue,” she added.