* To supplement Independence Day celebrations, the Daily Times will highlight, all of August, the individuals who continue to make Pakistan proud. Our 23rd interview is with the top gynaecologist of Lahore, a record setter and an award-winner Dr Rashid Latif 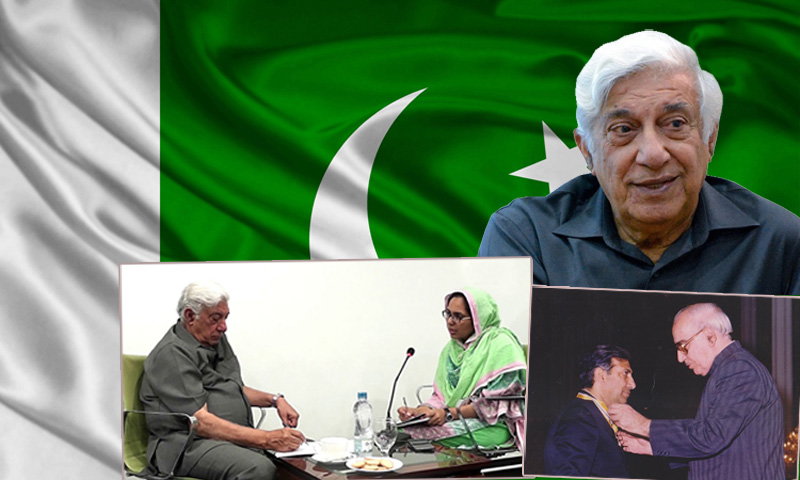 Tell us about your foray into the field of medicine and gynaecology. How did it all begin for you?

We used to live in a small village of Ludhiana before Partition, when education was not so common in our village at that time. There was a Hindu doctor who used to practice near our village and my mother always advised me to become a doctor since early childhood because of that Hindu doctor. My family was a religious one and we were not allowed to sleep after Fajr prayers by our grandfather and I used to get up early in the morning even an hour before Fajr just because of my mother who asked me to study at that time. I passed my matriculation examination from the Central Model School in 1952 which was the best school of that time. I got admitted in Government College Montgomery where my father was a teacher and then I did my MBBS from Nishtar Medical College, Multan in 1961. I left for the United Kingdom (UK) in April 1962 for my higher studies. I wanted to become a neurosurgeon at that time but there wasn’t any department of neurosurgery in Punjab in 1962 and therefore my teachers in UK advised me to go for gynaecology as I had planned to come back to Pakistan for my practice. I selected gynaecology on the advice of my teachers as I had excellent teachers in UK who taught me in a commendable way. My teachers inculcated in me every kind of operation and procedure with complete skills and training. I was the first doctor from Pakistan to do MRCOG & Fellowship of the Royal College of Surgeons when I returned back in 1968.

It was really hard to get a job when I came back after my higher studies in 1968 because it was the post-1965 war era and Pakistan was facing many crises then. I remained jobless for nine months and faced many hardships but I didn’t give up and opted to live here in Pakistan despite the fact that many of my friends returned back to UK due to the bad situation here. I got my first job as assistant professor of Obstetrics & Gynaecology in 1969 in Nishtar Medical College. I did not examine even a single patient during my first six months because I was a male gynaecologist and Multan was considered a conservative city. I didn’t give up and stayed in Multan for 10 years where I also introduced the first diagnostic laparoscopy of Pakistan in 1974. I was the first one to introduce In Vitro Fertilisation (IVF) technology in Pakistan in 1984. Most of the members of my team were fed up and left me in the middle but again I didn’t give up and we delivered the first test-tube baby of Pakistan by using the IVF technology in 1989 after a tireless effort of five years. It was a great scientific breakthrough in the whole South Asian region because we were the first ones to achieve this here in Pakistan and therefore we got much recognition and are still getting even today. Then, I received the Sitara-i-Imtiaz in 1992 due to my services in this field and I was the first gynaecologist of Pakistan to be awarded with the Star of Excellence. No one gives you anything in the platter as you have to earn it through hard work and perseverance. Your surrounding environment and circumstances teach you a lot in your journey to achieve something. My mother developed my habit of getting up early in the morning to study and even to this day, I have that habit as I get up at 2am and study until 5am even today. I retired 20 years ago but I still read and study to keep myself up-to-date with the latest knowledge and techniques of my field.

How strong is gynaecology in Pakistan and do you think it as at par with international standards? How much are we lagging behind?

It’s very shameful for us if we take a look at the international statistics regarding obstetrics and gynaecology as we are rated equal with Afghanistan and Sudan. India, Nepal, Sri Lanka and Bangladesh are far ahead of us. Our governments aren’t promoting family planning openly since Ziaul Haq because of the fear of religious fanaticism. If we’ve a population of 100 million today, then Pakistan would have plenty of resources and we would export wheat, rice and other crops to different countries but our governments don’t think this way due to pressure of religious extremists. There were only one or two gynaecologists when Pakistan came into being and now we have 22,000 specialist gynaecologists but problems are still there. We’re not lagging behind in knowledge, technology or skill. The only thing that we need is the strong will of the government. We are lagging behind in small towns and villages that constitute over 60 percent of population. There’s a need to provide high-tech facilities in the smaller cities in the field of gynaecology.

I can’t forget the time when I delivered the first test-tube baby of Pakistan. My fellows left me right in the middle but I never gave up. Yes, there was a time when I went in acute depression over this but then I overcame it after a tireless effort of five years in 1989, I delivered that baby. That was a major scientific breakthrough in the medical history of Pakistan

You have been honoured both in Pakistan and abroad for your work and contributions to the field of gynaecology. What made you come back to Pakistan and work here when you could have easily practiced abroad and earned billions?

You also practice at the Lahore Institute of Fertility & Endocrinology (LIFE). Tell us something about LIFE?

I started LIFE in 1984. It’s been more than 30 years that LIFE is treating patients in line with international standards while also giving knowledge and an opportunity to practice to many serving gynaecologists. My son’s now the chief executive officer of LIFE.

The Hameed Latif Hospital began in 1992. How has it evolved over the years and in what ways has it strengthened?

Hameed Latif is now a hospital of 350-400 beds and it’s the tallest 15-storeyed hospital of Pakistan. We give the feeling of ownership to our doctors and therefore 60 gynaecologists practicing here can admit their patients of their own. We provide a combination of latest technology, facility and ownership here at Hameed Latif and therefore, we’ve collaborated with the best specialists of their fields for this hospital. All the specialist doctors working with us consider Hameed Latif their home where they can practice freely. One of the best neurosurgeons Dr Asif Bashir and his brother neurologist Dr Qasim Bashir are practicing at Hameed Latif and both of them came from America. Both are of the opinion that the care being provided here to patients is undoubtedly of international standards. I’m not involved in the administration of either LIFE or Hameed Latif as my wife and sons look after the affairs.

People claim Hameed Latif is one of the most expensive hospitals in Lahore. Are there special discounts for those who cannot afford?

Yes, I admit that Hameed Latif is very expensive. When I started establishing this hospital, I told all my friends that I’ve a wish that no one should be returned back unattended due to lack of money whether he’s coming on a rickshaw or a bicycle. Therefore, we try to accommodate the poor and needy also. We’ve more than 30 beds allocated for the poor people with special package in the wards where we have very minimal charges that are even less than those of an average private hospital.

We heard that in 2011, you and your son joined Pakistan Tehreek-i-Insaf. Are you still with PTI and what do you aspire to achieve being part of politics?

I was there in the first ever meeting of Shaukat Khanum Hospital in which I asked Imran Khan about the finances of the hospital. I differed with him over the finances as I said that donations will be for a limited time period and an organisation must be self-sufficient to survive for long. Therefore, I know him very well since long but I didn’t join PTI formally. I’ve very good relations with almost all the major political families of Pakistan. I delivered all the children of Sharif family and the Chaudhrys of Gujrat also give me great respect.

I’ve just completed a book of my anecdotes, which will be published by the end of the year. Moreover, I’m also planning to write the 8th edition of my text book written on gynaecology in 1981. Seven of its editions have been published so far.

What advice would you give to an 18-year-old Rashid Latif?

The world is changing rapidly in which technology is also changing speedily. There’ll be drastic changes in the field of medicine in the next four to five years in the whole world but unfortunately an 18-year old student is being taught the same curriculum that I studied some 60 years ago in Pakistan. I would suggest an 18-year old student to keep up-to-date with the latest knowledge and learn new techniques if he wants to remain relevant today.

Tell us about a memorable incident in your career.

There are many memorable incidents in my life but I cannot forget the one when I delivered the first test-tube baby of Pakistan. My fellows were leaving me right in the middle but I never gave up. Yes, there was a time when I went in acute depression but then the clouds of darkness disappeared and we got success after a tireless effort of five years in 1989. That was the major scientific breakthrough in the medical history of Pakistan.

I’m very optimistic about Pakistan. The situation in Pakistan isn’t much good right now but I’m very hopeful that this darkness will disappear one day and this country will improve very soon. Many people get immigration of another country for their children but I’m against this approach. I’ve four children and all of them including my two gynaecologist sons live in Lahore just because of the love for this country.

You are the proud recipient of many awards, medals and laurels. What according to you has been your biggest achievement so far?

The awards and medals don’t matter at all. I’m fond of teaching and my biggest achievement so far is that I’m still teaching even at the age of 81 and it’s free of cost. It’s an open weekly class that everyone can join and we’ve more than 100,000 followers on YouTube. I’ve students from India, Bangladesh, UK, Middle East and the United States in this class who take my lectures online. It’s the blessing of Almighty that I’m promoting the knowledge on my own and I think it is my biggest achievement.

Thank you for your respect. My national hero is Imran Khan. It’s not just because he is the prime minister today but it’s due to his dedication, perseverance and honesty. I truly believe in these characteristics and Imran Khan kept following these things throughout his journey.