* The next highest on the sickness list was Punta Cana in the Dominican Republic, with 211 reported cases 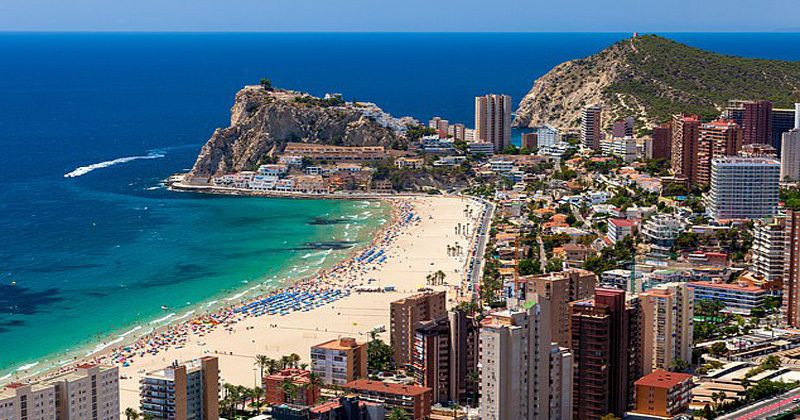 If you are already thinking about booking next year’s summer holiday or still planning a late getaway, some new research could save you a whole lot of pain in the tummy.

A new study has highlighted the world’s food poisoning hotspots and top of the list is Hurghada in Egypt – 380 cases have been reported since the start of 2017.

The next highest on the sickness list was Punta Cana in the Dominican Republic, with 211 reported cases.

The investigation, by travel illness claim experts Sick Holiday and food intolerance company YorkTest, found that the resort town of Hurghada, based along 40 kilometres of the Red Sea coast, accounted for nearly 95 percent of all Sick Holiday’s claims from Egypt for that period.

Hurghada has emerged as a favourite holiday spot for Britons – more than 60,000 flocked to the coastal town in 2018, a yearly rise of 39 percent.

The popularity spike has been attributed to the prospect of more affordable holidays, according to Sick Holiday.

It was traditionally a resort popular with German tourists, but after travel to Sharm El-Sheikh was suspended in 2015 after ISIS terrorists bombed a Russian jet over the Sinai desert, killing all 224 on board, Hurghada became a go-to location for those Britons who wanted reliable weather without having to spend a fortune.

Other locations with high levels of food poisoning claims included the Riviera Maya coastline on Mexico’s Yucatan Peninsula, which includes popular resort Playa del Carmen. In 2017 and 2018 there were 182 cases of sickness recorded.

Across the same period there were 108 incidents reported for Antalya in Turkey, 95 for Mexico’s Cancun resort, 84 claims for Boa Vista in Cape Verde, and 83 for Marrakesh in Morocco.

Richard Conroy, of Sick Holiday, said: ‘The levels of holiday illness we see from certain locations is very worrying.

‘For two years we have received a complaint about Hurghada more than once every two days, a huge number for such a small resort.

The investigation, by travel illness claim experts Sick Holiday and food intolerance company York Test, found that the resort town of Hurghada, based along 40 kilometres of the Red Sea coast, accounted for nearly 95% of all Sick Holiday’s claims from Egypt for that period

‘We’ve dealt with clients who have been left with crippling joint pain due to salmonella and people who have developed persistent post-infective irritable bowel syndrome following exposure to salmonella or E. coli.’

The study was conducted in conjunction with food intolerance specialist YorkTest Laboratories.

Scientific Director Dr Gill Hart warned tourists to be extra vigilant in high-risk areas, as bouts of food poisoning can carry side effects that linger after the initial illness has subsided.

The biochemist said: ‘Food poisoning can ruin far more than a week in the sun, in certain cases it can carry severe health complications.

‘A particularly nasty bout can develop into longer-term food intolerances, the symptoms of which can include fatigue, headaches, bloating and migraines.

‘Every year, thousands of people also end up with irritable bowel syndrome (IBS) as a direct result of food poisoning, which is difficult to manage and can cause severe abdominal pain, bloating, cramping, gas, diarrhoea and constipation.’

Mr Conroy pointed out that heat in some resorts is often a factor.

He said: ‘The reliably hot weather, unfortunately, brings its dangers.

‘In hot resorts like Hurghada, lukewarm food served at 35C is a prime growing temperature for dangerous bacteria.

‘If you are keeping the food at the wrong temperature and you keep it there for long enough, and it has been cross-contaminated, you will always deliver pathogenic bacteria.

‘Many of these cases of poisoning and illness come from all-inclusive resorts where food is left out for long periods before being reheated.’

Mr Conroy added: ‘A single fly can deposit up to 1,000 microbes by landing on food that is waiting to be served, which sometimes has been left out in the heat for hours.

‘All the while the dish will be getting more and more dangerous.’