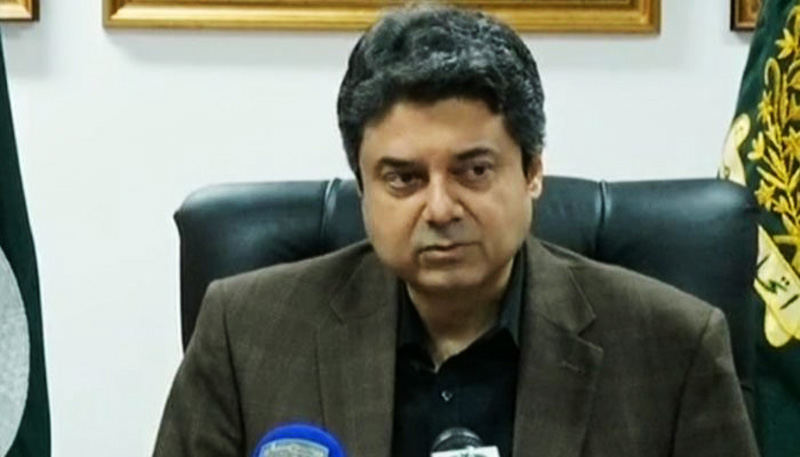 Addressing a press conference alongside Special Assistant to Prime Minister on Information Firdous Ashiq Awan and Parliamentary Secretary for Law and Justice Maleeka Bukhari in Islamabad, the minister said the power of bail will now be granted to the trial court under the amendments while it will be ensured that no one can abuse the plea bargain or voluntary return options.

Barrister Farogh Naseem said that PTI government has taken affective measures for provision of speedy justice to the people and for the purpose, Ministry of Law has drafted various recommendations for amendments in laws. He said that Law Division has drafted various bills including Letter of Administration and Succession Certificate, Women Enforcement Bill, Legal and Justice Authority Bill, Service Tribunal and many other laws. He said that the government has approved various laws including Financial Supplementary Act, 2019, Elections Act, 2019, Finance Act and others whereas various laws have been implemented through presidential ordinances, including Pakistan Medical and Dental Council Ordinance 2019, Assets Declaration Ordinance, Naya Pakistan Housing and Development Authority Ordinance, National Counter-Terrorism Authority Ordinance and others.

The minister disclosed that cabinet committee for law and justice held 12 meetings in this term and decided over 83 pending cases regarding various bills after consulting the stakeholders. He said that for the first time, Ministry of Law and Justice has put over 844 laws at the website www.pakistancode.gov.pk, which can be approached by any citizen. He said that PTI government has appointed 29 judges and set up nine special courts and tribunals for speeding up the provision of justice procedure.

Special Assistant to Prime Minister on Information Dr Firdous Ashiq Awan said that people of Pakistan gave the mandate to the Pakistan Tehrik-e-Insaf (PTI) for change in status quo as they wanted to get rid of the issues related to obsolete and rotten legal system. Addressing the press conference, she said it is not possible to effect any practical change without amending laws, changing thoughts and practical approach. She said that during the past one year, the law ministry has introduced several new bills, ordinances and amendments in laws to fulfill its promise of change at the grassroots level. “The people of Pakistan voted for the PTI to bring revolutionary changes in the prevailing system and time has come to share with the media and the nation how much justice the government has done with this issue in one year,” she said.

Dr Firdous said that big hurdle in the provision of inexpensive and timely justice was 1840 Civil Procedure Code (CPC) which will now be abolished, whereas its 844 related laws have been put online for convenience of the people. She said that credit for changes in almost 180-year-old CPC goes to the PTI government which has been taking positive steps for achievement of the goal.

Parliamentary Secretary Maleeka Bukhari said that law ministry has given a 55-step plan to overcome the problems of the women under the women action plan. She said that Christian Marriage Bill has also been approved by the cabinet which will prove to be a big step towards protection of minority rights in the country.