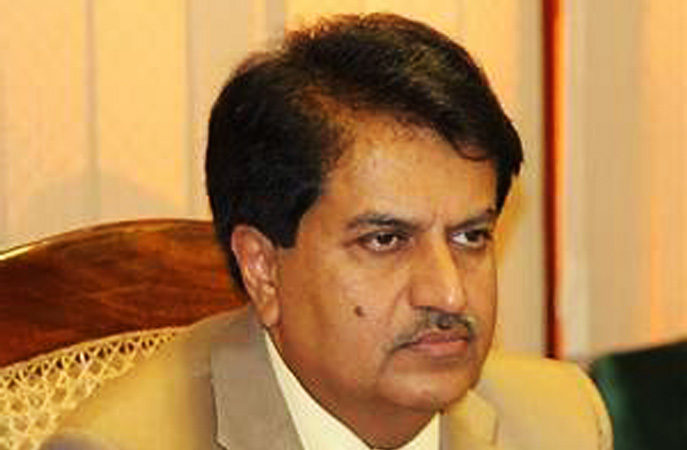 Sindh Chief Secretary Syed Mumtaz Ali Shah has expressed his displeasure over performance of Sindh Solid Waste Management Board and directed the MD SSWMB to cancel the contract of the Chinese company working in District East due to poor performance.

The chief secretary also assigned deputy commissioner to monitor the performance of Chinese companies and stated that these companies would be provided funds after certification of deputy commissioners concerned. The chief secretary also directed the SSWMB to increase the number of dustbins in Karachi within three days. He further stated that the provincial government had started Blue Jacket campaign in the city and all members of civil society, schoolchildren, scouts should join the campaign to make city clean. Commissioner Karachi Iftikhar Shelwani stated that rain, Eidul Azha and 14th August came together and cleanliness in the city was challenge for the government but government mobilized all machinery available. The meeting was attended by the commissioner Karachi, Secretary local government, MD Sindh Solid waste management board and all deputy commissioners of Karachi have attended the meeting.

Syed Mumtaz Ali Shah presided over another important meeting on Monday regarding floor-like situation that emerged after India released water in Sutlej and Indus Rivers without any alert. The meeting discussed the matter in detail, with focus on steps being taken for relief work and precautionary measures. The secretary Irrigation Sindh Saeed Ahmed Manghrejo informed the meeting that 4 to 5 lakh cusecs water is expected in Sindh and it will be a medium flood in Indus River. The Chief Secretary Sindh directed all commissioners to monitor all weak points of Bands in different areas of Indus River. He also directed the PDMA and district authorities to make sure safe shifting of people from Kacha area if needed and all available resources be utilized to facilitate the people. He also stated that the matter pertaining to OGDCL bund of Ghotki will be taken up with the federal government. The meeting was attended by the senior member board of revenue, secretary irrigation, secretary rehabilitation, commissioner Karachi while all other Commissioners of the province have participated in meeting via video link.