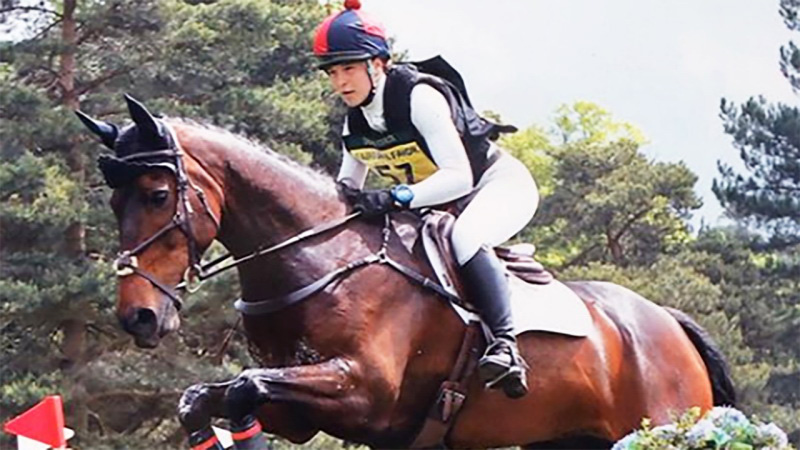 The equestrian world is in mourning following the tragic death of 15-year-old rising star Iona Sclater. The British rider was killed on Sunday after a freak accident at her home in Cambridgeshire.

Emergency services rushed to her home in the village of Abington Pigotts, but were unable to save her life.

“An ambulance, two Hazardous Area Response Team Vehicles, a rapid response vehicle and East Anglian Air Ambulance were called to a Abington Pigotts shortly after 11.30am on Sunday, following reports of a child injured in a fall from a horse,” an ambulance spokesperson said.

“Sadly, despite the best efforts of all involved, the girl died at the scene.”

Sclater was a star in the making

Sclater had been earmarked as a future star in equestrian after being selected for the 2017 and 2019 pony European Championships.

She achieved a Top-10 result 33 times in five seasons with British Eventing and represented the Eastern region four times at the under-18 level.

British Eventing said Sclater was one of the bright stars of the sport.

“British Eventing was devastated to receive the news that one of our young members and bright stars in the sport, Iona Sclater, sadly died in a riding accident at home on Sunday 11 August,” a statement read.

“Our thoughts are with Iona’s friends and family at this very difficult time.

“Iona was an exceptionally talented and dedicated young event rider.”

“Blessed to have known you for almost five years … rest in peace, completely heartbroken,” one wrote.

“You were the most delightful, talented and personable young lady I know with a very bright future ahead of you,” another said.

One added: “Another equestrian gone too soon. Iona you will be dearly missed and my thoughts go out to your family and friends. You were such a big part of the equine community and will never be forgotten.”

Another friend said: “Iona was the kindest, most thoughtful person ever. She would always pick people up when they were down and enjoyed every moment with everyone.

“Iona you are a legend and we will love you forever. Another angel gone too soon.”

The 15-year-old had recently posted a photo on Instagram with her horse, writing: “Find me someone who looks at me the way Swatchy does”.