Celebrating Eid and Independence Day together!

* This is the time when children are seen buying bangles, badges and flags to put on their cars and motorbikes 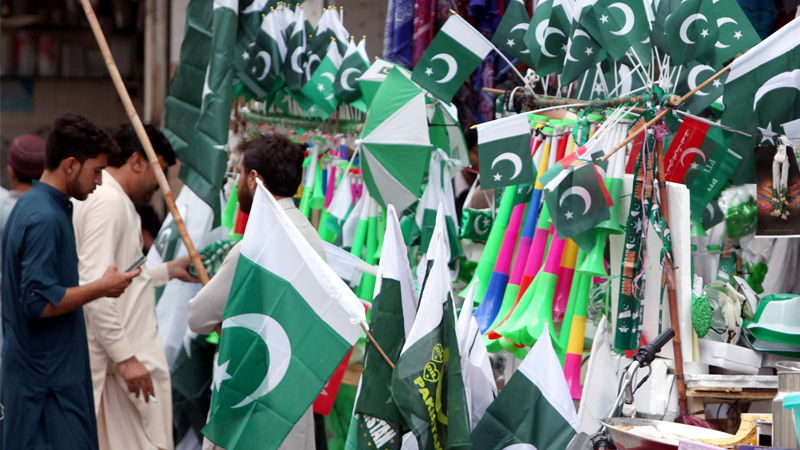 August 14 marks the day of Independence of Pakistan. After a lot of sacrifice and bloodshed, Pakistan (The Land of The Pure) was formed as an independent Muslim state. In solidarity with the people of occupied Kashmir 14th August is especially standing united with the Kashmiris! India cannot threaten us for we stand together on14th August in our stance. The famous saying (eeent ka Jawab pather say dain gai) is what the patriotic spirit is all about. Eid and Independence Day fall on the same dates so people are out on vacation after a hectic work schedule. A much-needed break for all those who are there all the time and now need a relief and breath of fresh air!

This is the time when children are seen buying bangles, badges and flags to put on their cars and motorbikes. The enthusiasm is doubled because of the long weekend they will enjoy without a worry or care! However, there are some who work on Eid as well because they are passionate about their work.

Now coming to sacrifice, it is an obligation on every Muslim. However, sacrifice is not obligatory on those who cannot afford it. It is not supposed to be a burden and can be done according to your pocket. Looking after livestock, feeding them, giving them water, all is part of the ritual. When choosing the animal one has to make sure it’s healthy and not infected.

The values and moral inculcated in the youth by their parents may have changed but not entirely finished. The youth are the backbone of Pakistan and they have to take over the older generation. This is what is evolution or change. Qurbaani too has evolved overtime. Instead of doing Qurbaani at home which creates a mess we have the facility to go to proper stores to make the Qurbaani meat. The same Qasai is hired by the stores such as Zenith to bring about clean and neat meat so is not like the butcher isn’t paid. It’s just the inversion of the master save relationship.

Women too are coming forward in all fields. The old concept of the modern woman is against the traditional concept. Women are working in every field fulfilling all their responsibilities but at the same time raising their children in a new environment. This is what is modernity!

However, I would say that a balance is important in all aspects of life. One should know how to dress according to the gathering one is going to!

The picture is two sided. It’s not just Black or White. There is a grey in between.

Woman inside and outside of house are seen in multiple roles sisters’ wives’ mothers! They are adding to the value of the country. Women have played a major role in the progress and development of the country. Fatima Jinnah, Begum Liaqat Ali, Benazir Bhutto, Fahmida Mirza and Sharmen Obaid Chinoy are some of prominent names in our country. Women are seen working as fighter-pilots, as air hostess, as journalists, in health the list is endless. The vision of Quaid to see the Pakistanis working with zeal and enthusiasm is what the country is heading towards. There are no demarcations between male/female, black/white, Hindu/, colour/caste/creed.

To conclude, I would say that choosing the middle path is what is important. No false adherence to any belief or discipline is the key to success! So do not do anything in excess for that is what is the cause of your undoing! At the same time, trust in your abilities for that is what leads to growth and progress.